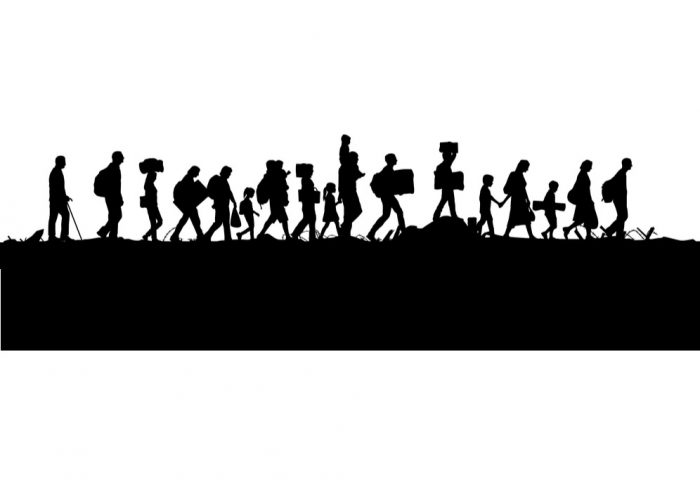 Migration in Greece: Recent developments in 2018

This report was prepared for the annual meeting of the OECD network of international migration experts. The report presents the evolution of the migrant and asylum seeking population in Greece in terms of both stocks and flows. It discusses issues of border control and asylum processing. It reviews the situation of immigrants in the Greek labour market and their overall insertion in Greek society, and outlines the initiatives taken and challenges faced by recently arrived asylum seekers. Last but not least, the report discusses issues of xenophobia and racism in the country. The aim of this report is to comment on the overall migration and asylum seeking situation in Greece, signal important policy developments and offer a critical analysis of those.

Migration in Greece: Recent developments in 2017

Greece is undergoing a period of stabilisation and normalisation both as regards its financial and employment situation and as regards the appeasing of the refugee emergency and its convergence into a more medium term integration issue. Important and largely successful integration measures have been taken with regard to asylum seekers in mainland Greece including accommodation and education, closure of the camps and mainstreaming access to the public health system. The role of civil society organisations has been crucial as intermediaries for referral and as providers of first instance assistance and first reception services. Naturally a lot remains to be done and this is really an important challenge for Greek society and the Greek state but one might say, that 18 months on from the border closure the situation on mainland Greece has evolved positively out of important efforts of the state, civil society and volunteers.

Another positive development has been the increased naturalisation of settled migrants particularly the second and 1.5 generation through the provisions of the 2015 reformed citizenship law which has led to 19,000 new citizens through the birth and education pathway. In addition the permits for exceptional reasons continue to try and get back to legality those settled migrant families that had lost their permits because of protracted unemployment (usually of the main male breadwinner in the household on whom the other family members’ permits depended). In addition there is a steady conversion of short term (1-2 years) to long term (5 or 10 years) permits allowing thus both to resolve the conundrum of befallen irregularity and helping migrants to feel secure and settled in Greece.

Migration in Greece. Recent Developments in 2016

Greece is currently facing two contradictory migration challenges: on one hand it is the country most affected by the large refugee flows that the EU has been receiving during the last two years. On the other hand Greek citizens and non Greeks settled in Greece are leaving the countryin search of better jobs and life prospects in other member states. Indeed, Greece found itself in the eye of the refugee strom registering nearly a million transit people in 2015. Dramatic changes in the EU policy have prompted the country to revisit its asylum system creating a special regime for border areas while at the same time seeking to grapple with an approximate number of 40,000 asylum seekers (and/or irregular migrants) ‘trapped’ in Greece waiting either for relocating or indeed for integrating in the country.

The effort for processing as well as temporarily accommodating this pouplation has been huge in a country that is in the sixth year of a dramatic economic and financial crisis and where growth rates stand at nearly zero and unemployment rates at 25%. On the other hand Greece is facing another wave of emigration of skilled and highly skilled person seeking employment in other member states and also in the USA and Australia. As relevant studies and statistical data start to emerge it turns out that more than 400,000 people have left Greece in search of better opportunities. Among them University graduates are over-represented and age cohorts include both younger and middle aged persons with families.

Migration in Greece. Recent Developments in 2015

While migration and asylum remain important challenges for a country at the geographical frontier (or fringes?) of Europe, there is certainly a change of political direction in Greek immigration and citizenship policy with the arrival in power of the new left wing government. Despite the very strong pressures that Greece is faced with in terms of asylum seeking and irregular migration flows and the gloomy economic and occupational landscape, the new government promotes a different political and policy agenda in migration, citizenship and asylum. The Syriza government (despite the opposition of its junior coalition partner) has passed the citizenship reform and has further facilitated the return to legality of migrant families that are settled in Greece and how had lost their legal status because of unemployment. The public debate as it emanates from the government has clearly changed. Emphasis is put on solidarity and humanitarianism as the main principles by which Greece stands. Systematic detention of irregular migrants and asylum seekers has been stopped even though challenges remain on how to handle the huge flows of the last few months and how to set up a viable first reception, registration and asylum processing and irregular migrant return system.
A lot remains to be done in terms of an overall change of mentality among Greek citizens (but certainly the discourse of the new government can push things in a direction of tolerance and inclusion) as well as in terms of fighting discrmination in the labour market or more generally in society (here too the intervention of the government is necessary and should be developed) but there is clearly a new wind blowing in terms of considering migration as a feature of modern Greek society and economy rather than as an accident of history or an evil to be mitigated by strict control and marginalisation of the newcomers.