Asylum Policy and the Future of Turkey-EU Relations: Between Cooperation and Conflict 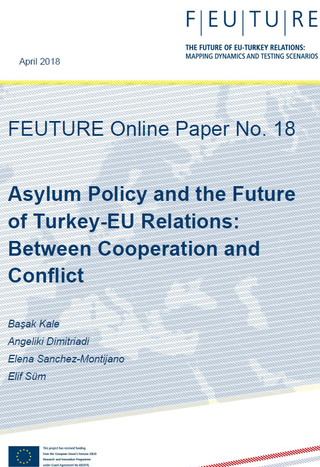 Migration was a critical policy area for Turkey even before Turkey became an official candidate country to the EU in 1999. Especially, with the end of the Cold War in the 1990s Turkey began to face the challenges of being a country of origin and destination, while acting as a transit country for documented and undocumented migration. Although the foundations of a migration policy were shaped in Turkey prior to the EU accession process, the EU accession process had an important catalyser effect in transforming the migration and asylum policies. This paper presents an overall analysis of the changes experienced in Turkey since 1999 on the asylum field with a projection of three possible scenarios of convergence, cooperation and conflict on Turkey-EU relationship. In that respect, this paper aims to map out the important periods that have influenced the transformation of the asylum policy in Turkey. While locating the important events and drivers at the global, neighbourhood, EU and Turkish levels, this research based on extensive fieldwork interviews presents findings of a EU-Turkey relationship that lies between cooperation and conflict.