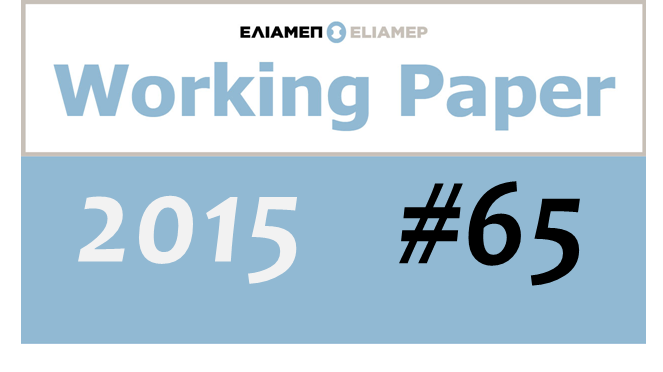 In mid-2015, a new era begins for Cyprus. Whilst the change of leadership in the Turkish Cypriot community monopolizes the news bulletins, the negotiations for the final solution of the Cyprus problem starts again from the point, at which they were suspended last year. With the control of the tension in the territorial waters of Cyprus, the page break in the modern Turkish history and the resumption of talks, a new period begins for the Cyprus issue. At the beginning of this new period, this study raises an important question: Are there adequate conditions for a rapprochement between Greece and Turkey in the Eastern Mediterranean? Putting on the table a series of “promising” positive developments, but at the same time focusing on the large gap, which separates the two sides, this study aims to come to a conclusion, regarding the heart of the Cyprus Problem and the Greek-Turkish relations.

Working Paper 65/2015: A new opportunity for solving the Cyprus Question