Alexandra Voudouri is a journalist, born in Athens. She has studied at the National University of Athens (BA) and at the School of Journalism, Media and Cultural Studies- University of Cardiff, UK (MA). She is covering diplomatic and European affairs issues for Greek media (printed and online), while focusing on developments in Southeastern Europe and mainly, in the Balkans. Within this framework she has conducted reports related to the implementation of the Prespa Agreement, on the importance of the European Union’s enlargement, as well as on Disinformation in the Western Balkans, on behalf of NATO.

Alexandra has also worked as a media advisor for the European Service Network (ESN) on issues related to disinformation and online propaganda.

She is currently a foreign and political affairs analyst for the news service Macropolis.gr (www.macropolis.gr) as well as the municipal radio station, Athina 9.84 FM since 2004, where she a diplomatic affairs correspondent, while presenting a daily program focusing on foreign and European affairs.

She has also worked with other Greek and international media like the BBC World Service, during the Greek economic crisis, as well as carrying out interviews with European officials.

Alexandra gave a series of seminars with Albania’s by European Movement in Albania (EMA) in partnership with ELIAMEP and with the financial support of the European Union on “EU Integration Series” in July 2020 as well as with North Macedonia’s think tank “Eurothink” in November 2020. The seminars were part of media training of journalists in both Balkan countries focusing on reporting the EU as well as fighting disinformation on EU related issues.

She speaks English, Italian and Spanish fluently, while holding a basic knowledge of French and Turkish.

Οnline discussion: "Ahead of Italy's Elections: What is at stake?" 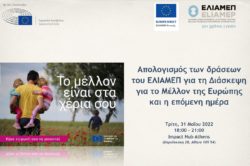 Public discussion: "Overview of ELIAMEP activities for the Conference on the Future of Europe and the next day" 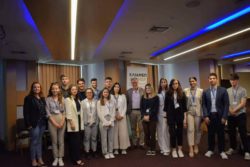 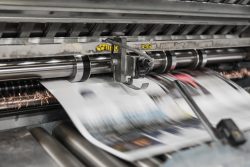 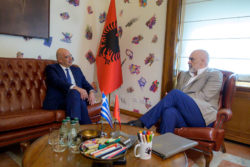 “Greek – Albanian relations can only get better” – Alexandra Voudouri 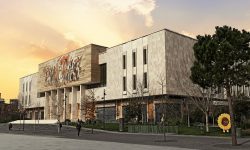