Fall of the Berlin Wall 2.0? – Part 1: Key Political Effects of the Financial-Economic Crisis 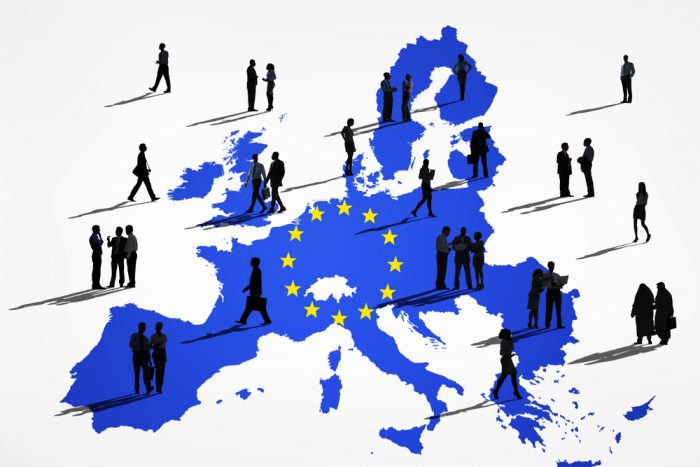 The former German Foreign Minister Joschka Fischer has publicly speculated that the effects of the current financial crisis will be similar to the fall of the Berlin Wall in 1989. This time, however, the consequences would not affect the East but rather the West.

In times of severe crisis, like the one we are undisputedly experiencing at present, apocalyptic predictions come as no surprise. But is Joschka Fischer right or is his prognosis rather exaggerated?

Let us briefly look back into history. The fall of the Berlin Wall in November 1989 was by all means historic. It led to the end of the Cold War, the re-unification of Germany, the break-up of the Soviet Union, the predominance of capitalism over state-directed economies, the emergence of American hegemonic superpower, the radical political and economic transformation in Central and Eastern Europe, and eventually it resulted in the re-unification of Europe. Compared to this impressive and yet inconclusive list, will the current global financial crisis – which has also severely infected the real economy (“main street”) – have similar political consequences beyond the world of money and business? It is too early to answer this question in a definite manner. We do not know how long the crisis will last, nor how brutal it will be. However, we can speculate about the key political effects of the current financial and economic turmoil. And, more importantly, we can ask how Europeans should react.

From today’s perspective, we can identify the following six major political effects:

(1) Relative decline of US dominance: The current financial and economic crisis will further diminish the hegemonic power of the United States (U.S.). The confidence in American leadership and the respect for the U.S. has beyond any doubt severely suffered after eight years of President George W. Bush and his administration, who were not able to live up to the challenges they were confronted with after the tragic events of 9/11. The financial crisis, which originated in the U.S. but eventually spread to financial markets and to economies all around the globe, has damaged the reputation and the unique power position of the United States even further – both economically and politically. This does not imply that the U.S. will not remain a leading superpower. And the election of a new U.S. President will certainly provide Washington the opportunity for a fresh start. However, its relative power and influence, especially when compared to the emerging powers, will decline.

(2) Redesign of global governance: In the course of the current crisis, the new economic and political powers – especially in Asia – were asked to stand up to the challenge and take up their share of responsibility. The stabilization of the financial system and the pace of economic recovery will strongly depend on the economic performance of the emerging markets. If the new powers rise to the challenge – and we should all hope so – they will even more vigorously and rightfully ask for an equal share in the future management of global economic and political governance. Institutions like the G7/8 or the current set-up of the UN’s Security Council have reached their limits and will have to be reformed and new institutions will have to be established in order to reflect the new global distribution of power.

(3) Increased pressure on Europeans: The relative decline of U.S. dominance will weaken the relative weight of the “West” and consequently increase pressure on Europe to rise to the challenges of global affairs. Europeans will be less able to “hide” behind the Americans as they have conveniently and repeatedly done in the past. The newly elected U.S. President and his administration – overwhelmed by the demanding challenges both internally and externally – will ask from European partners to increase their share in transatlantic burden-sharing. The Old Continent, and especially the EU, will have to respond quickly and concretely.

(4) More self-contemplation – national egoism and economic protectionism: The financial crisis and its economic effects carry the seeds of national egoism and economic protectionism. The fight against low growth, increasing unemployment and tight budgetary constraints will absorb more and more political energy on the national level. And the longer the financial crisis and global recession will remain with us, the more national egoisms will flourish. Policy-makers will be increasingly inclined to concentrate on national affairs, especially on issues related to the immediate concerns of their electorates about their jobs, savings and pensions. Some governments might be keen to shield national economies as French President Nicolas Sarkozy’s recent initiative aiming to protect European industries form foreign takeovers has already indicated. Others will argue that globalisation, free trade and open markets are the right recipe to quickly overcome the economic crisis. In an increasingly inward looking atmosphere states will be less inclined to spend their political energies and capital on issues that, at first glance, may seem to be less pressing such as climate change, the fight against global poverty or the management of international crises. Consequently, there will be less and less enthusiasm and resources for diplomacy and for security related engagements.

(5) Re-politicisation of the economy: The financial turmoil has shaken national and transnational economic policies. Seemingly old-fashioned arguments of the political left, who have always advocated for a stronger role of the state, have now become en vogue. Who would have thought only some weeks ago that policy-makers around the globe would elaborate bail-out plans including massive and unprecedented state intervention in order to save the financial system from meltdown? The perverse effects of over-excessive capitalism and greed were painfully revealed and made the impossible possible. It is too early to say how things will evolve. But one thing seems for sure: We are witnessing the end of the depoliticisation of the economy as we had experienced it since the early 1990s, when capitalism had triumphed over socialism and the political management of the economy seemed more and more an exercise of administrative politics.

(6) A new battle of ideas and sources of political instability: The re-politicisation of the economy will lead to a new battle of ideas within and among countries about what kind of policies are “right” or “wrong”. Within countries established political parties will come under pressure, if governments fail to (quickly) solve the crisis. In some countries, old and perhaps even newly established parties on the political left might profit in elections. Parties on the right will have to adapt their political rhetoric and their manifestos to the new public sentiment, in order to not risk loosing voters. Populism might flourish, as easy answers to enormously complicated problems become more attractive. In sum, political stability and predictability within many countries might suffer. However, the battle of ideas and concepts will not stop at national frontiers. Different and in many cases contradicting views about how to respond to the global economic downswing or even recession will create political tensions among states. The effects of this development will hamper the undisputed necessity to find ways to globally manage the current crisis.

We cannot definitely argue whether the political effects of the financial and economic crisis will lead to historic consequences similar to the fall of the Berlin Wall as Joschka Fischer declared. However, the above analysis shows that the potential political effects might be enormous. And if this is the case, it makes sense to ask how Europe can react to the current situation. But more about this soon…

Read also part 2: Fall of Berlin Wall 2.0? – How Europe should Politically Respond to the Financial Crisis