Integrating the Balkans in the European Union (IBEU)

Integrating the Balkans in the European Union: Functional Borders and Sustainable Security

The IBEU research project studied social capital, migration flows, the informal sector and the prospects for regional co-operation in different economic sectors within and across Southeastern Europe. It focused on these areas through the lens of the changing nature of borders and security.

Through a more perceptive understanding of the cleavages in and within this region, IBEU’s aim was two-fold. It aimed at contributing to a deeper understanding of the key factors and of the underlying mechanisms of the political economy and society of the Balkans. It equally scrutinised the current state of relations with the European Union.

To this intent, the partners of the IBEU consortium carried out extensive empirical research. This research was principally carried out in Bulgaria, Romania, Serbia and Montenegro, FYROM, Croatia as well as in Italy and Greece. Our research combined sociological surveys, qualitative interviews, focus group analyses, literature review, economic and statistical analyses and ethnographic fieldwork, thereby bringing together the perspectives, the tools and the methodologies from various disciplines of the social sciences. Thus, the project’s empirical research on the informal sector and regional co-operation along with our sociological surveys on social capital and migration flows have explored the influence of borders, both formal and informal, in shaping socio-economic developments in the Balkans.

The proposed study assumes that the modern European concept of dynamic and inclusionary borders, which has led to sustainable security within Europe, is opposed in the Balkans with a traditional approach of borders and nation states that lays emphasis on the territorial defence of borders and ethnic exclusion. Inspired by the theme of the changing nature of borders and security, our main hypothesis was that a policy that focuses on the narrow concept of security and borders is no longer essential, or indeed desirable, for state building in the region.

In its place, the notion of ‘functional borders’ aiming at the spread of civil society, the rule of law and regional cooperation across borders and among countries was put forward. This argument has direct implications for the sustainability of security and the prevention of conflicts in the Balkans. The study investigated the argument of ‘functional borders’ by looking at four policy areas of a cross-border nature: 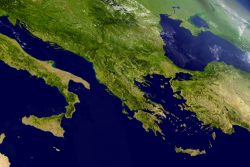 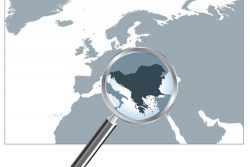