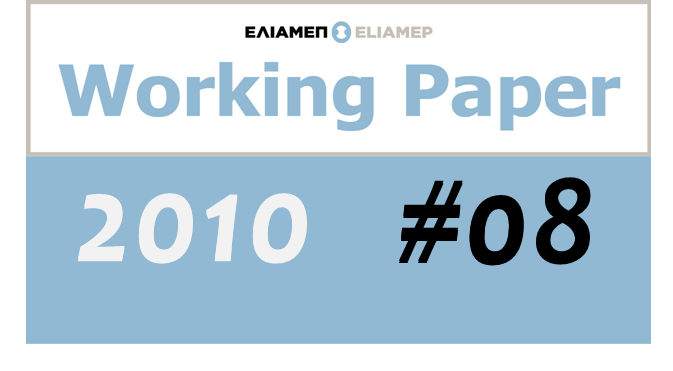 ELIAMEP’s Working Paper no 8 by Ioannis N. Grigoriadis, ELIAMEP Research Fellow and Assistant Professor, Department of Political Science, Bilkent University, aims to examine Turkish foreign policy under the AKP administration, which has been closely linked to Ahmet Davutoğlu. Davutoğlu was the chief foreign policy advisor of Prime Minister Recep Tayyip Erdoğan, before his appointment to Foreign Minister in 2009. As an academic, he has outlined his foreign policy doctrine in several of his writings, most important of which is his book “Strategic Depth”.

This study, the first under ELIAMEP’s Middle Eastern Studies Programme, explores Davutoğlu’s strategic vision and Turkey’s policies vis-à-vis various neighboring countries. The author argues that there are two contradictions which could undermine the Davutoglu doctrine’s successful implementation. Firstly, by distancing itself from the West on the question of Iran’s nuclear ambitions, Turkey takes a considerable risk. Secondly, there is a serious contradiction in prioritizing other strategic goals over the ambition for Turkey’s entry into the E.U.