Solutions proposed by a Greek Think-Tank for the Kosovo Conundrum 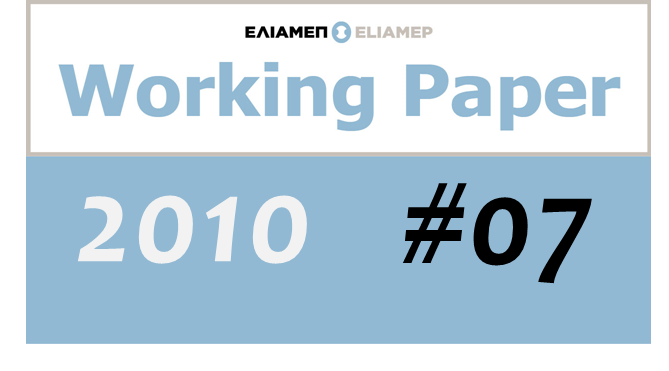 ELIAMEP’s Working Paper no 7 by Thanos Veremis, ELIAMEP’s Vice President and Professor of History, University of Athens, presents the solutions proposed for the Kosovo Conundrum by the Greek think-tank, The Hellenic Foundation for European and Foreign Policy (ELIAMEP), which was one of the first European institutes to deal with the Kosovo problem. A research
project, financed by the Ford Foundation, began in 1995 on conflict prevention in the region involving various Balkan scholars, including Albanians and Serbs.The author argues that the cleavage between the autonomy that the international community was willing to offer the Kosovar Albanians, and the full independence they demanded, could have been bridged by the ELIAMEP proposal of June, 1998. Evangelos Kofos who was responsible for drafting the proposal, introduced a timeframe that would allow a careful transition from one phase to another with a minimum of friction. It is difficult to foresee the full spectrum of consequences that Kosovar independence will generate. In principle it will create a precedent that will make it impossible for Western states to deny self-determination to other candidates under similar circumstances.