Setting on a long and narrow path towards EU membership: The aftermath of 3 October 2005 in the Turkish Press 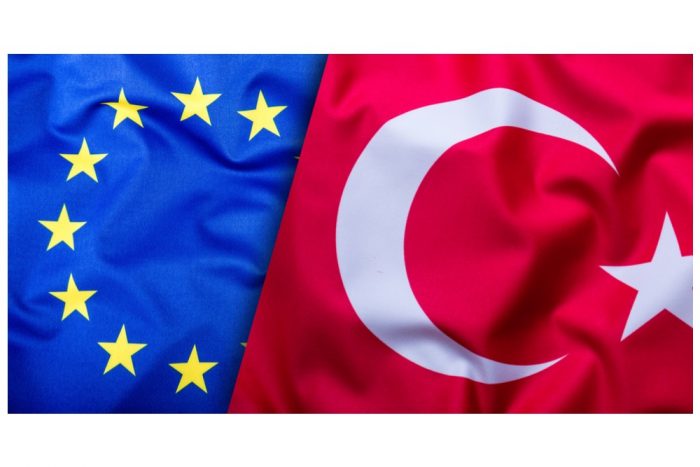 The start of EU-Turkey accession negotiations in the late hours of 3 October 2005 ended a long diplomatic struggle, which threatened to derail the process of Turkey’s EU accession. The drafting of the EU-Turkey Negotiation Framework Agreement turned out to be a task much more difficult than many had expected. The insistence of Turkey not to accept any conditions further than those agreed at the EU Council meeting of 17 December 2004 was matched by the insistence of Austria on including in the text of the Agreement the option of a “privileged partnership” between the European Union and Turkey as a possible outcome of accession negotiations.

The Turkish press welcomed the positive result of the negotiations and highlighted the historic significance of the moment. After decades of vicissitudes in EU-Turkey relations, the process, which was decided by the European Council on 17 December 2004, was set into motion. Even though this process is expected to be difficult and long, optimism is not missing. As Hasan Cemal argues: “The real travel is now just starting. This is a travel with no return. The train will sometimes decelerate, sometimes stop, sometimes accelerate. There will be ups and downs, small and big crises, in the process of accession negotiations. This will be a very exciting travel for Turkey!”

Other columnists focus on what Turkey needs to do in order to facilitate an –as far as possible– smooth course of accession negotiations. They stress that Turkey has to become accustomed to EU mechanisms and get prepared for crises it might face in the future, so that their impact on EU-Turkey relations is minimised. Murat Yetkin gives emphasis on the formation of a crisis management plan:
“Turkey enters the EU system in a quite hard way. In the course of negotiations, which may last ten years, each of the thirty-six chapters will be opened and closed separately, and Turkey will go through very hard periods. It is already known what it is going to face. Instead of panicking at each stage, as if it faced the worst surprise of the world, Turkey needs to develop from now a smart and cold-blooded strategy, a crisis management plan, which will extend ten years from today. This is a duty for the government, as well as all social actors.”

The European Union, whether we like or not, operates on the basis of compromise. Turkey’s “Negotiation Framework” is a product of compromise, as well, not only between the Union and Turkey, but also among EU member states. This document does not only list Turkey’s obligations regarding its membership. It also mirrors the concerns of the Union –or at least some of its members– on the issue of Turkey’s membership.”

Meanwhile, it is argued that Turkish society needs to undergo a series of fundamental changes during accession negotiations. Legislative reform is a necessary but not sufficient condition for Turkey’s Europeanisation. As Zülfü Livaneli stresses: “One can pass from the parliament as many laws as he wants; if the Turkish society cannot clearly understand some things, it cannot become European. We show the clearest example of this in the heart of Europe. In Paris, Berlin, Cologne, Brussels, the majority of Turks who live there for twenty or thirty years resists the acceptance of the values of the society they live in. Please do not immediately resort to answers, such as “But our tradition, our culture….” What can defend the killing of a young woman, who is married to a Swedish man? How can one explain the view of a hard-featured man walking on a European boulevard followed by women three steps behind him?….Europeans live and see these examples every day…. Yes. Turkish society needs to undergo a deep and historic transformation. In fact, it has been undergoing this transformation for the last two hundred years. It reached its peak in Atatürk’s era, but unfortunately again, the winds are blowing from the East. However, let us not give up our hope: It seems that this time the West will not allow outdated winds to blow in Turkey.”

On the other hand, part of the press considers the final agreement between the European Union and Turkey and the start of accession negotiations as a national defeat and a concession of Turkish national interests. It is argued that Turkey is entering a course of hopeless negotiations, in which it will be forced to compromise on its national interests on a series of issues (Kurdish issue, Cyprus, Greek-Turkish disputes, Armenian issue) without any gains. As Hasan Ünal points: “The emphasis [of the Negotiation Framework Agreement] on the absorption capacity of the European Union, as a result of the need to secure the future, coherence and continuation of the EU integration are indicators of what Turkey will have to deal with in the following period. The statements by the UK Foreign Minister in his negotiation opening speech regarding southeastern Turkey are fully indicative of what Turkey will face in the Accession Partnership Document, which will be issued next month. The EU anti-declaration, which was circulated last week, was considered a part of the EU acquis. Hence, it was clearly added to the text with whose conditions we [Turks] need to comply….While the situation is at such a point, why do all those who create a celebrative mood on television and the high echelons of the AKP rejoice?”

Such pessimistic views were adopted by the major opposition party CHP and its leader Deniz Baykal. The agreement of the AKP government to the Negotiation Framework Agreement was seen as a serious compromise of Turkish national interests, while it was argued that the prospect of Turkey’s EU membership is not realistic.  Nevertheless, these minority voices cannot not overshadow the cautious optimism, which characterises the majority of the Turkish mainstream press on the issue of Turkey’s EU accession negotiations. While nobody denies the difficulties of the accession process, the belief in Turkey’s ability to adapt to the European acquis is pervasive.