In focus – The pandemic and Non-performing Loans 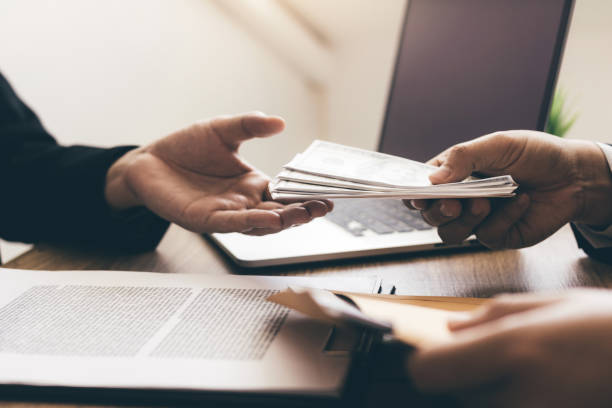 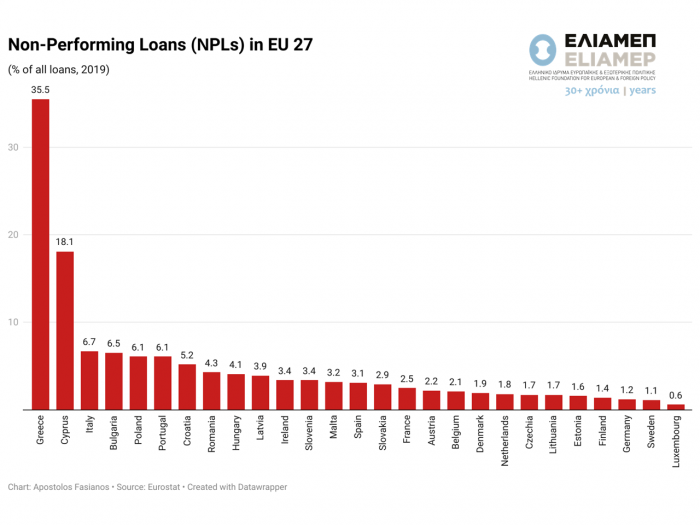 As we showed in a previous post, private lending has not increased significantly during the pandemic in the European Union. The average increase in corporate debt in EU economies has been around 4%, while the average increase in household debt  is below 1%. This small increase, however, should not lead to complacency. Although the available data do not yet allow us to investigate the impact of the pandemic crisis on non-performing loans (NPLs), pre-crisis data give us an idea of ​​the magnitude of the problem.

The chart above shows the ranking of the 27 European economies in terms of the volume of “red loans”, as measured by the ratio of non-performing loans to the total number of loans granted to households and businesses. The data is provided by Eurostat for the year of 2019, i.e., the year before the pandemic crisis erupted.

The average percentage of loans in the red for all EU member states, prior to the pandemic, was 4.9% of total loans, with the majority of countries recording a rate lower than the average. Important exceptions were Greece and Cyprus, countries with extremely high rates of NPLs, a fact attributed to the crises they experienced in the last decade. Specifically, as shown in the graph, NPLs in Greece exceeded 35% of total loans, while those in Cyprus ranged around 18%.

To the extent that some businesses will find it difficult to maintain their viability after the pandemic, and the end of government support measures, the volume of non-performing business loans is likely to increase. At the same time, households whose members will lose their jobs will see their disposable income decline and are likely to defer payment of their loan obligations. These two parallel developments will push the NPL ratio upwards and are likely to be reinforced by a wave of new strategic pandemic defaulters, who are eschewing their debt obligations despite having the means to meet them.

The further increase in non-performing loans will undermine the growth dynamics of the economy and cause new shocks in financial stability, as large volumes of NPLs tend to reduce the provision of new credit to viable businesses and erode bank balance sheets. It is therefore necessary to prioritize the support of indebted households and businesses after the end of the pandemic, but also to promote effective ways of separating and identifying strategic defaulters.