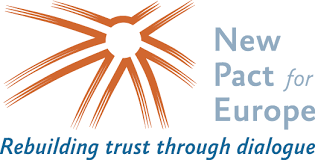 This is the fourth in a series of National Reports to be published as part of the new phase of the New Pact for Europe project.*

Greece continues to be in a state of vulnerability, primarily the result of severe domestic errors, but also glaring gaps in the EMU architecture, and unfortunate Eurozone crisis management. Even though the crisis was also produced by EMU systemic failures, adjustment has been highly asymmetric, focusing almost exclusively on the national level. The sense of vulnerability is exacerbated by the effects of the refugee and migration crisis. Despite the disenchantment, a solid, though weakening, majority of Greeks continue to support the country’s participation in the EU institutions and the euro. Drawing on the discussions held amongst the members of the group, the report presents a set of conclusions on how to address the key challenges in strengthening Greece-EU relations:

*After a first successful period in 2013-2015, which included more than 80 events in 17 EU countries and the publication of two major reports, which elaborated five strategic options on the future of the EU, the New Pact for Europe project entered a new phase in 2016-2017. The ultimate aim of this new phase of the NPE project is to work out the details of a wider ‘package deal’ to equip the EU with the tools it needs to meet the internal and external challenges it faces. This proposal will contain solutions generated by connecting the discussions on the key policy challenges, and propose changes in the way the EU and its policies are defined to avoid future fundamental crises.

National Reflection Groups have been created and met specifically for this purpose in ten EU countries (Belgium, Estonia, Finland, France, Germany, Greece, Italy, Poland, Portugal and Slovakia), followed by transnational exchanges between these groups. This national report is the result of the work and discussions of one of these National Reflection Groups.

For more information on the NPE project, please see the project website: www.newpactforeurope.eu