ELIAMEP Thesis 6/2010: Kosovo after the Hague 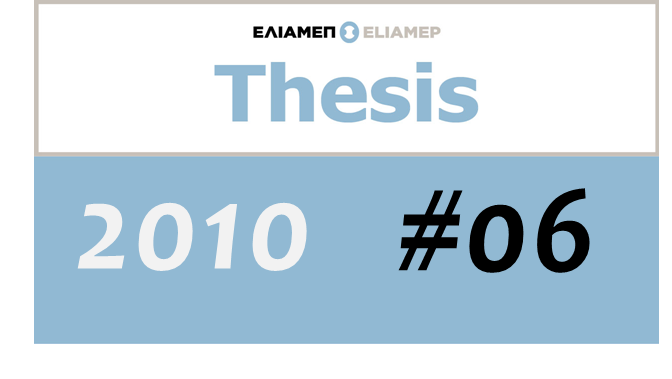 In the latest issue of ELIAMEP Thesis Alexandros Mallias states that the International Court of Justice’s (ICJ) Advisory Opinion of 22 July 2010 led to an increasing public debate in relation to future developments not only in the Balkan region but also in other parts of the world. The following paper elaborates on this Opinion by examining various parameters of it and referring to the content of specific paragraphs. It clarifies, for instance, that the Court examined Kosovo’s declaration of independence only in the context of international and not domestic law.

Furthermore, the paper analyses whether the Kosovo case does constitute a precedent by focusing on the main differences between this issue and others such as the Cyprus one. It, finally, concentrates on the possibility of future negotiations between Serbia and Kosovo suggesting that the latter’s UN admission perspective along with its European membership objective will be the catalyst in the attempt of the international community to provide adequate political incentives towards a negotiated settlement.

Ambassador (ret.) and Special advisor for Balkan affairs at ELIAMEP