ELIAMEP Thesis 6/2009: Cyprus: five months of anxiety and hope ahead 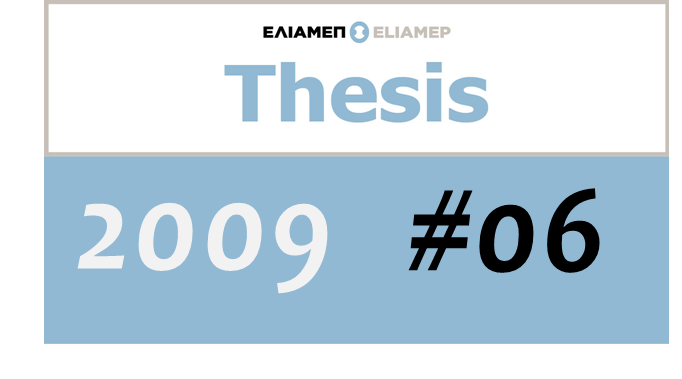 In the latest issue of ELIAMEP Thesis , Mr. Costas Carras, Greek Coordinator of the Greek Turkish Forum, provides seven reasons why the chances for a settlement of the Cyprus problem are higher over the next five months than at any time since 1974. It also however points to some of the most serious remaining difficulties which might easily prevent the successful negotiation of such a settlement. There are also hints at ways in which the most critical international issues might be resolved. The security concerns on both sides remain one of the most fundamental obstacles that need to be addressed. On the other hand it is a positive occasion that the leaders from both sides come from the left – least nationalist – wing stream and have been elected with a clear mandate to seek a settlement. The fear of failure can, paradoxically, act as a driving force to a commonly accepted resolution while the indirect input of the UN and the EU, especially, can function positively to the benefit of the maintenance of the EU acquis and international legality.

Costa Carras
Greek Coordinator of the Greek Turkish Forum
Board Member, Center for Democracy and Reconciliation in Southeast Europe,
Responsible for the Joint History Project
Vice President of Europa Nostra, Founder and former President of ELLINIKI ETAIRIA
(for the Protection of the Environment and the Cultural Heritage)