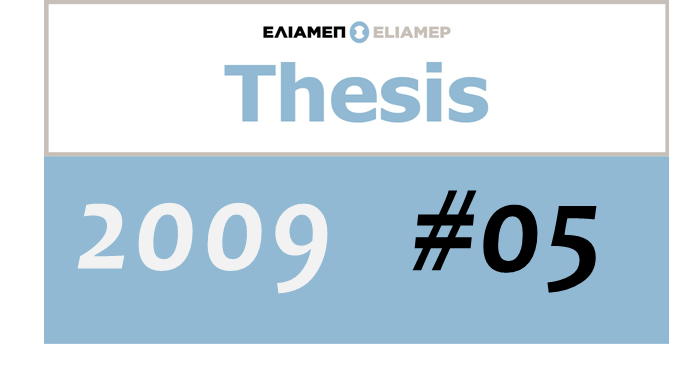 The latest issue of ELIAMEP Thesis purports to highlight the Cyprus issue, as intercommunal talks move to the deciding stage towards the end of the year. In this paper, Pavlos Apostolidis examines its complexities and the past failures in solving it, notwithstanding the considerable personal commitment of successive UN Secretaries – General. The adverse effects of the continuation of the present de facto partition are also examined.
Finally, the paper outlines its repercussions on the accession negotiations of Turkey, in view of the progress report to be submitted by the European Commission to the Council of Ministers in the autumn.

Pavlos Apostolidis is a retired Ambassador, Former Director of the National Intelligence Agency and Former Secretary General, Ministry  of Foreign Affairs, Athens and a Special Advisor to ELIAMEP.