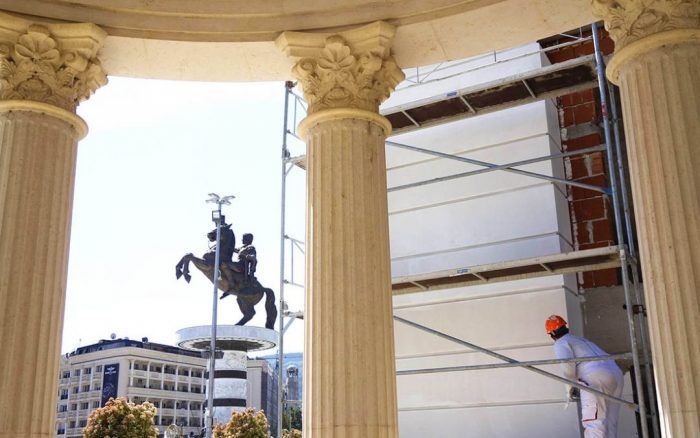 Relations between Greece and the Former Yugoslav Republic of Macedonia were normalised by the Interim Accord (1995). This Accord set the foundations for all-round relations between the two countries. At the same time, however, it postponed resolution of the thorny issue of the country’s final name and on related cultural issues. Seven years into this accord – an accord that has silently been renewed– a group of Greek scholars (international relations experts, historians, political analysts, economists and social anthropologists) assess the entire scope of relations between the two countries. In parallel, this volume focuses on the impressive growth in economic relations and on the more limited, though increasing, communication at the civil society level. There is common agreement among the volume’s contributors that the interminable negotiations and the continuing pending issue of the name, have created a peculiar environment between the two countries. Euphoria alternates with cautious suspicion, thereby negatively impacting public opinion in both countries, and the image of ‘the other’ in both societies.The authors assess the future course of the bilateral relations in the hope that the ‘Interim’ Accord will become a ‘Final’ Accord.