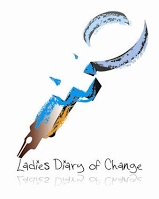 The action project “Enhancing Youth and Gender Civic Participation in the Balkans: LADIES DIARY OF CHANGE” coordinated by Novi Sad School of Journalism is a partnership action funded by the European Commission under the Civil Society Facility: Partnership action Empowerment of Women. The project’s focus will be on preparing young women for active involvement and governing of democratic changes in the region, especially when it comes to sensitive issues of post-conflict and post-authoritarian heritage in Balkans, a legacy left to young generations from the times when politics was a -men only- profession. The purpose of this project is to contribute to the empowerment of young women in West Balkan countries so that they overcome the usual hurdles to political participation and activism that are owed to various gender barriers in schools, CSOs and local communities. The project will demonstrate how this can achieve through joint work of CSO’s and media and interregional cooperation.

Participants of the project will be 18 high school girls who will learn to use the skills needed for turning their ideas into concrete initiatives and preparing them for decision-making roles in the dialogue and reconciliation processes in the region.

The project had its kick of meeting on 16th February, in Zagreb and will be implemented over the next 18 months.

Novi Sad School of Journalism, Serbia, is the coordinator of the project. Partner organizations are Women’s Association “Aureola” from Pristina, Kosovo, the Hellenic Foundation for European and Foreign Policy (ELIAMEP) from Athens, Greece, and the Montenegro Media Institute, Podgorica.

On the long term basis, this project will incorporate young women from smaller communities into the social and political scene of the region, as well as support the ongoing initiatives for strengthening the role of women in civil sector, media and politics. It will also create a sustainable network of four CSO’s that deal with gender issues, media and activism as such.

The project furthermore has a clear objective of providing the participants with hands on knowledge on outlining project proposals for youth female initiatives, which can be implemented in their small communities, tackling the issue in question. This will teach them how to put their ideas into practice, and start with concrete, achievable and sustainable initiatives.

In order to achieve the above, the project consists of specific actions.

1) During the initial education phase in Novi Sad, young women will participate in workshops, panel discussions, lectures and trainings on the issue of gender rights and women activism, while special emphasis will be put on the media awareness.

2) Then, in the second stage, students and their teachers will visit political and social institutions in Montenegro and have the opportunity to participate there in meetings, workshops and discussions. In the next phase that will take place in Kosovo, participants will draft their own project proposals on dialogue and reconciliation processes, after having identified issues of direct interest and proposed solutions to problems.

3) In the last phase, participants will visit Greece, where ELIAMEP representatives will present the Greek legal context and how this has been altered in the 20th century particularly since the country’s accession to the EU in relation to issues concerning gender equality. Women from Serbia, Montenegro and Kosovo will pay educational visits in state institutions and NGO’s that are of special importance in relation with issues examined.

Throughout the project special attention will be paid by the coordinating institution to media awareness, while in parallel participants will record their experiences and opinions about certain events, pieces of news, stories from their schools, families, towns, media etc. that deal with dialogue and reconciliation, female role in the society, advocacy methods, using media, influencing public policies and which will later serve as a unique handbook for their peers and future generations of young women. Lastly, a documentary will be produced about the project and will be distributed to partners and media.

The Project “Ladies Diary of Change” coordinated by the  Novi Sad School of Journalism was presented at an open conference “Women Empowerment” on the 16th February organized by TACSO office in Croatia, in cooperation with the European Commission. Apart from the presentation of projects funded by the European Commission within the partnership action ‘empowerment of women’, representatives of the European delegation in Croatia, as well as members of the Office for gender equality and cooperation with civil society spoke about Croatia’s path towards the EU.  You can find more information on the conference here.

Throughout this meeting, participants were informed about the role of the media in the Balkans, as well as institutional mechanisms for gender equality in the region.

Among other workshops and lectures, ELIAMEP researcher Hara Kouki presented a lecture on ‘Gender Equality in Greece: Are we there yet?’ as well as distributed a gender equality glossary to the participants.

For the full program of the meeting click here.

This meeting was organised by The Hellenic Foundation for European and Foreign Policy (ELIAMEP) in cooperation with the NGO SYMBIOSIS.

Participants had the chance to visit various NGOs of Thessaloniki and understand how young women are involved in this town of Greece both in political participation and activism, in what concerns gender equality, citizenship rights, migrant integration and media freedom. Through workshops and talks with activists, policy makers and journalists, young girls became acquainted with diverse experiences and a different model of regional women network concerning citizenship mobilization. Moreover, participants had the chance to exchange ideas, information, past experiences and future plans related with gender equality with citizens from Greece, as well as relate better with each other as belonging to a specific Balkan model of political organization.

Below some of the activities and topics covered throughout the meeting:

Moreover, participants had the chance to present themselves and their ideas in municipal media:

For the full programme of the event click here.