MOVEACT- “All Citizens Now”: Intra-EU Mobility and Political Participation of English, Germans, Poles and Romanians in Western and Southern Europe 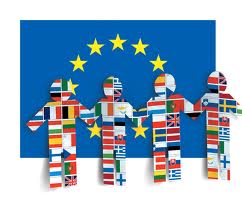 Post the 2004 and 2007 enlargements, EU citizenship has mainly been interpreted as free-movement rights allowing for migration between member states of the Union. The population of mobile Europeans has expanded and diversified since then. Intra-EU movers form a heterogeneous category: manual workers (mostly but not only from accession countries), high-skilled globally-oriented professionals, North-to-South retirees, students, life-style movers, bi-national family members. While they are likely to have different personal trajectories, expectations and plans, these people are key “pioneers” of European integration “from below” – living testimonials of a novel, democratic and dynamic social fabric on a transnational scale.

The MOVEACT project aims at:

a) establishing the personal and contextual factors that condition the political participation of EU citizens who live in a member state different from the one where they were born and/or grew up (i.e., intra-EU movers);

b) tackling the cultural and knowledge factors that prevent the political participation of intra-EU movers in their communities of residence, by preparing and launching a multi-media promotion campaign in the interests of such participation.

The Migration Research Team of ELIAMEP (Prof. Anna Triandafyllidou & Ms Michaela Maroufof ) is responsible for conducting the research in Greece. 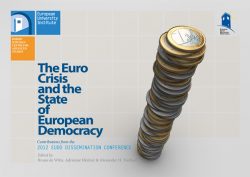 Chapter by A. Triandafyllidou and M. Maroufof in the eBook The Euro Crisis and the State of European Democracy

Migration, variation and institutions of reception in Greece: the best of social inclusion 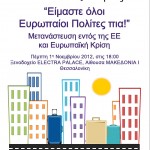 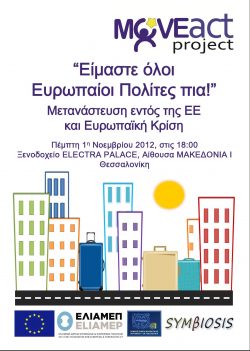