The Amsterdam Treaty introduced a new Community policy on immigration and asylum. Its objectives were defined in Tampere by the European Council which stressed the need for more efficient management of migration flows at all their stages.

The management should address various forms of migrations and be exercised by means of various instruments in the countries of destination and origin. Thus, the creation of European immigration policy becomes a complex process of co-ordination of national policies with the Community objectives. Amongst diverse migration trends in Europe, the emergence of new immigration countries seems particularly important. The transition of migratory status followed economic development induced by the participation in the common European market and political stability. The socio-economic conditions of the change as well as policy responses to the new situation varied considerably between the countries of North-Western, Southern and Eastern Europe and led to various structures of immigration and impacts on labour markets. These differences provide interesting research basis which could shed light on the immigration mechanisms in Europe.

In this 30-month project, the consortium of scientific institutions from 9 EU states, all with tremendous experience in migration research will analyse the causes, characteristics and impact of migratory flows in the new European immigration destinations – Southern and Eastern Europe, and with reference to the “established” European immigration countries. Comparing the migrations and relevant policies will facilitate identification of similar challenges and transfer of experiences. The analysis will address historical, political and economic background of migration processes and its final goal will consist in preparation of a model of future migratory trends in selected parts of the European Union. The strategic objective of the project is to provide support for the European and national immigration policies. 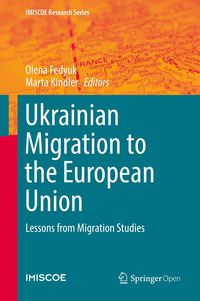 Networks and Pathways of Seven Important Migrant Groups in Greece

Papers presented in the Final Conference of IDEA

IDEA- Immigration towards Greece at the Eve of the 21st Century 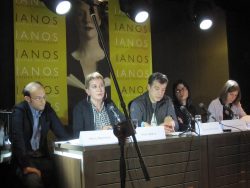