This project made innovative theoretical and empirical contributions to the study of a European public sphere (EPS). We proposed a new, networked and fluid conceptualisation of the public sphere. Thus we cast light upon an intellectual and popular European integration process which accelerated significantly in the second half of the 20th century, and has been underway for over two centuries.

The development of the Western as well as the Eastern EPS from the Rome Treaty to the “War on Terror” was analysed through the media. We identified five “crisis periods” in which the media discourse on Europe was examined and connected to an emerging public sphere. We devoted particular attention to questions of ethics and their mobilization in connection to the overall discourse on “European values” as well as to their political use.

We focused on the relevant media of each period studied, taking into account the technological development from printed media (newspapers) to radio, film, television and Internet, as well as the power implications of these technological dynamics. We analysed national editorial cultures and their evolution in the five crisis periods viewing comparatively how they frame notions of a European “ethical responsibility”.

We engaged in original research in two fields:

From a theoretical perspective, EMEDIATE refined the concept of the public sphere(s) in the European context. From an empirical perspective, it questioned the role of the media in creating and transforming an EPS. From a policy perspective, it developed ethical guidelines for media professionals, suggested models of “democratic dialogue websites” and produced innovative educational materials. 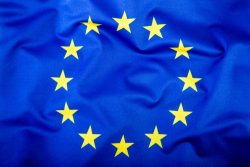 Project Report: "Europe and European Values in Greek and Spanish Media Studies from the 1950s until today"
Conference: European Values and International Events in the Media
PROJECTS FILTERS