The ‘New Pact for Europe‘ project was launched by the King Baudouin Foundation (Belgium) and was supported by a large transnational consortium. This project aims to promote a Europe-wide debate on reform proposals addressing three fundamental questions which need to be answered to develop an effective response to the multi-dimensional crisis Europeans are facing:

A Reflection Group and an Advisory Group provides input to, and inspiration for, the elaboration of a New Pact between policy-makers and European citizens and between Member States. The Reflection Group includes top opinion-makers from different EU Member States, who have a genuine interest in the success of European integration, are realistic and pragmatic but at the same time able to think ‘out of the box’, and ready and able to communicate through the media. The Advisory Group brings together high-ranking policy-makers, academics, NGO representatives and other stakeholders – a mixture of past and current national and European leaders from different sectors and backgrounds.

The Hellenic Foundation for European & Foreign Policy is a partner in the ‘New Pact of Europe’ initiative. Its member of the Board of Directors Professor at Athens University of Business and Economics George Pagoulatos participates in the Reflection Group. The second NPE report was presented and discussed at over 30 public and non-public events that took place in the EU Member States between December 2014 and June 2015 and brought together policy-makers, stakeholders, experts and ‘ordinary’ citizens from all over Europe.

ELIAMEP  is currently participating in the third phase of the New Pact for Europe. The ultimate aim is to elaborate – with the help of a European Reflection Group – the details of a wider ‘package deal’ to equip the EU with the tools it needs to meet the internal and external challenges it faces, while also taking into account the diverse interests of its member states and citizens. This package deal will contain suggested solutions generated by connecting the discussions on the key policy challenges, and propose changes in the way the EU and its policies are defined to avoid similar fundamental crises in future. Within this context, ELIAMEP will organise a public event on ‘The future of the EU and Greece: Challenges and Perspectives‘ on Wednesday 8 June 2016, Transnational meeting between the Greek and Estonian National Reflection Groups on Friday 13 January 2017 and the 2nd National Reflection Group on Tuesday 14 February 2017. 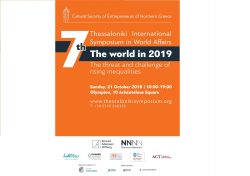 Open discussion: “Re-energising Europe – A package deal for the EU27” 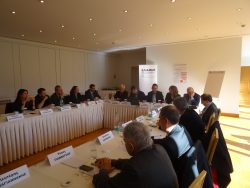 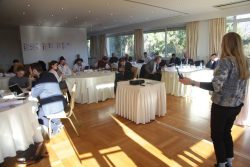 Public Debate: 'The future of the EU and Greece: Challenges and Perspectives', 08/06/2016
PROJECTS FILTERS