Panagiotis Barkas is an academic economist and policy analyst, whose work and research focuses on the design and implementation of economic policy and reforms, at both national and international level. In parallel an EU Policy Officer at ESMA and a Visiting Fellow at the LSE Hellenic Observatory, his research and policymaking interests comprise international trade, finance and industrial organisation, with a special focus on competitiveness, investment, regulation and competition policy.

Panagiotis has contributed to research projects and publications in the areas of trade and international economics, economic policy of reforms, finance, sectoral competitiveness and the political economy of innovation financing. He has conducted research at the London School of Economics, the Max Planck Institute for the Study of Societies in Cologne, Germany, the Division of International Economics and Development of the University of Athens and the Foundation for Economic and Industrial Research, while also held two teaching assistantships in financial markets and corporate finance at the University of Athens.

Beyond academia, his professional experience extends into EU/international organisations and institutions in France, Switzerland and Greece, while he has actively participated in policy missions of international organisations in Albania, Greece, Kosovo, Kuwait and Tunisia. Panagiotis is a Policy Officer at the Investor Protection and Intermediaries Division of the European Securities and Markets Authority (ESMA) in Paris. Prior to joining ESMA, he was one of the twelve globally selected participants of the 2020 cohort of the Young Professionals Programme of the World Trade Organization (WTO). He joined the Trade in Services and Investment Division in January 2020, supporting the policy and research work of the WTO Secretariat on domestic regulation, Council notifications, services trade policies in the travel, tourism, transport, e-commerce, financial sector, etc. He also worked as an Economic Affairs Officer for the WTO Academic Outreach and Chairs Programme. Prior to the WTO, Panagiotis held various positions as Junior Economist and Policy Consultant at the Organisation for Economic Co-operation and Development (OECD). Between 2014 and 2016, he supported the work of the OECD South East Europe Division in designing policy frameworks for innovation and social innovation in Albania, Croatia and Kosovo. He is also a co-author of the first OECD Competitiveness Outlook for the South East Europe region. Panagiotis then moved to the OECD Competition Division of the Directorate for Financial and Enterprise Affairs, where he worked as OECD official staff on competition policy issues in Greece (2016) and Tunisia (2018-2019). Panagiotis also worked in the OECD Directorate for Science, Technology and Innovation, as well as the OECD Economics Department, in conducting research on innovation policy in Kuwait, as well as investment and product market regulation in Greece.

Panagiotis Barkas holds a Doctor of Philosophy (PhD) degree in Economics from the National and Kapodistrian University of Athens, where his thesis focused on international competitiveness, investment and competition policy as drivers of structural transformation. He also holds a Master of Philosophy (MPhil) degree in Finance and Economics from the University of Cambridge (St. John’s College), while he has graduated with a first class honours degree as class valedictorian from the Faculty of Economics of the National and Kapodistrian University of Athens. He fluently speaks six languages, and is the recipient of more than fifteen scholarships, grants, and awards. 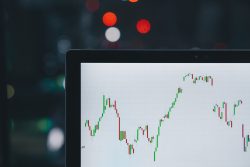 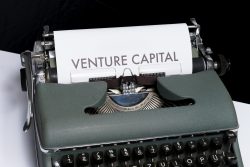