Athanasios Manis is a postdoctoral scholar of the State Scholarships Foundation (IKY). His postdoctoral research project, carried out at the Department of Political Science and Public Administration of the University of Athens (2020-2022), focuses on risk-seeking and risk-averse behaviours of political leaders in terms of political initiatives that aim at resolving diplomatic differences and promoting conflict resolution with state and non-state actors in the international system.
Athanasios holds a B.A. from the University of the Aegean, M.A. in “Turkish Studies” from the School of Oriental and African Studies (University of London) and a PhD in international relations from the London School of Economics and Political Science (LSE). His research interests include theories of International Relations and Foreign Policy Analysis (FPA), political, economic and societal dynamics in countries of the Middle East and the Balkans as well as policies of EU enlargement and the EU’s wider role in the Middle East and the Balkans. He has taught at the Department of Politics and International Relations of Royal Holloway University as well as at the Government Department of the LSE. In addition, he has worked as research fellow in Iraq (Erbil) for two years (2015-2017) and published articles and research reports on issues related to security, political and economic dynamics in the Middle East. He has also worked for a newspaper in Turkey for a year (Turkish/Hürriyet Daily News, Istanbul). He has participated in two EU Horizon 2020 projects (FEUTURE & EUNPACK) and he speaks English and Turkish fluently, German on intermediate level and Hebrew on a basic level.

VIADUCT Enhancing Visibility of the Academic Dialogue on EU-Turkey Cooperation 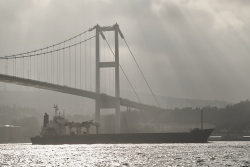 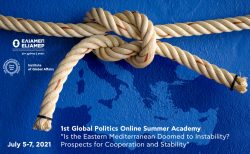 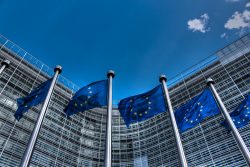 The countdown – by Athanasios Manis 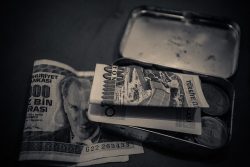 Erdogan against himself: How likely is it that the Turkish economy will recover? - By Athanasios Manis 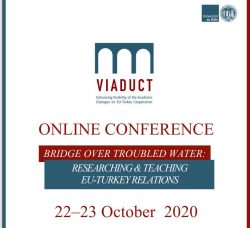 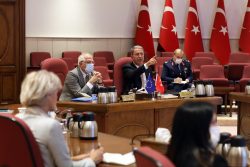 Turkish revisionism at a dead end: The conclusions of the special European Council meeting - By A. Manis 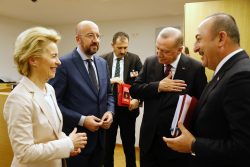 Let us not allow another Greek-Turkish crisis go to waste… - Βy A. Manis 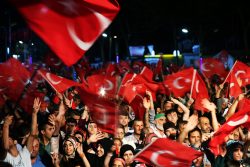 Greco-Turkish relations through the lens of Turkish public opinion - By A. Manis