Celebrating 10 Years of the ERC! Grassrootsmobilise and its milestones 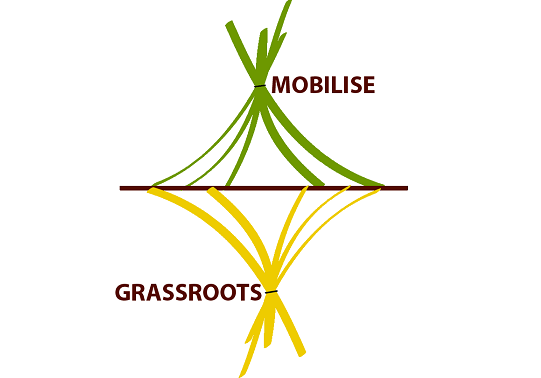 The European Research Council (ERC) is celebrating its first 10 years and we would like to share in this by presenting the achievements and milestones of Grassrootsmobilise, the first ERC-funded social science research programme in Greece, hosted by ELIAMEP.

Directions in Religious Pluralism in Europe Examining Grassroots Mobilisations in the Shadow of European Court of Human Rights Religious Freedom Jurisprudence (Grassrootsmobilise) explores the mobilisation of grassroots level actors in the wake of ECtHR religious freedom cases in order to determine the nature and extent of European juridical influence on religious pluralism at the local and national level. In the light of scholarly debates questioning the direct effects of courts, Grassrootsmobilise studies developments that take place ‘in the shadow of the courts’. It examines the extent to and ways in which court decisions define the opportunity structures and discursive frameworks within which citizens act. What is the aftermath of the Court’s religion jurisprudence in terms of its impact on social actors? What rights consciousnesses might be developing, and to what potential effects, concerning religion-related rights at the national and local level?

Grassrootsmobilise necessarily employs a bottom-up, methodologically innovative and multidisciplinary approach to address these questions. Qualitative fieldwork is employed by a team of postdoctoral researchers in 4 country case studies, including in-depth interview research with religious (minority and majority) actors, representatives of secular, religious, and other ideological NGOs, cause lawyers and judges, and state representatives managing religion-related policies.

Following a mapping process to identify particularly salient issue areas, the team has focused its research on a) mobilisations taking place ‘in the shadow’ of the ECtHR around religious education and the legal status of religious minorities and b) one specific ECtHR case against each country studied, in order to understand the mobilisation processes leading to and in the aftermath of the cases. Both tracks represent heretofore unstudied areas.

The above is supplemented by quantitative and qualitative research on references to the ECtHR religion-related case law in national print media and within national courts. The national courts study comprises a 3-stage process, the first two entailing quantitative studies and the 3rd a qualitative study of 5 salient local and national level cases, including interviews with relevant judges and lawyer and an analysis of the plaintiffs’ submissions to the court.

To complete the picture of how mobilisations may impact upon religious pluralism in Europe, the Principal Investigator (PI) studies ‘grasstops’ (transnational and supranational) mobilisations around the ECtHR on matters related to religion: she has conducted in-depth interviews with former and current ECtHR judges; representatives of NGOs which lobby around religion-related issues at the European level; and cause lawyers handling religion-related cases in the ECtHR.

To date, research results have been disseminated through a variety of methods: Grassrootsmobilise has been presented by the PI at international conferences, in summer school courses and at university research seminars; the PI has published a journal article building on the GRM project proposal, and another based on her grasstops mobilisations research; GRM research in the domain of religion and education was presented at the 2016 EASR Conference and has been accepted for publication as a special issue of a journal; our research related to the legal status of religious minorities was presented at an international conference on Religion and Human Rights, the researchers are preparing book chapters on the topic for a volume edited by the PI, and they will contribute related papers to a special issue of a journal emanating from the said conference; our research on ECtHR references in national courts was presented at the ICLARS conference in September 2016; finally further research was presented by individual researchers at the EUREL and ESA Conferences, the International Workshop at the Carlos III University of Madrid, at the Universitat Autònoma de Barcelona and at the LSE Hellenic Observatory. Our website disseminates much of our research data to both an academic and non-academic audience, and our quarterly newsletter reaches a 500-strong list of stakeholders and researchers.