Too little, too late for religious freedom in Greece? 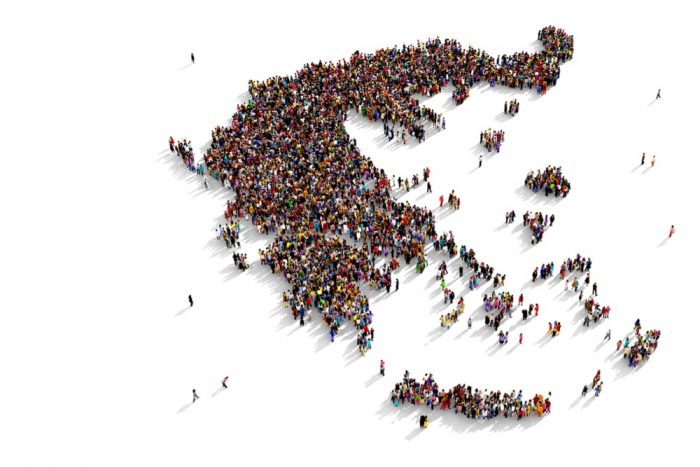 The Western Thrace region of Greece exists as an anomaly in Europe for the prevalence of sharia courts over secular courts on matters related to family law. This anomaly is left over from a population exchange between Greece and Turkey and the terms set out in the 1923 Treaty of Lausanne. The governance of sharia in the region (specifically, for interference in the selection of Muftis) has been the subject of several cases against the state of Greece in the European Court of Human Rights (ECtHR), cases in which the Greek state was found to be violating the claimants’ freedom of religion.

Unsurprisingly, the Greek state is keen to avoid further shaming over an issue that already draws significant negative attention from its European partners. In November of 2017, the Greek government announced a bill to limit the powers of Islamic sharia courts operating in Western Thrace. The timing of the bill’s announcement made rather conspicuous the connection to a pending case against Greece before the European Court of Human Rights: in December of 2017 the ECtHR was due to hear (and did in fact hear) the case of Molla Sali v. Greece, in which a woman claimed that the application of sharia law over her husband’s civil law will for his estate entailed discrimination on the basis of religion (inheritance issues of non-Muslim Greeks are, of course, dealt with solely under civil law). Under sharia law, 2/3rds of the estate would go to the sisters of the deceased instead of the full estate being bequeathed to Molla Sali, as was set out in her husband’s civil law will. Here the government’s move was one case of too little too late, with Greek law falling short of and trailing behind, time-wise, developments within the ECtHR: the new law will not save the Greek state from a further violation found (the judgment is still pending), and most importantly, it still leaves the sharia courts in place.

In the case of religious education in Greek public schools, we have another example of Greek religious freedoms and human rights developments trailing behind those in the ECtHR. Through cases against other European countries, the ECtHR has established very clearly that a state has the right to provide confessional religious education in public schools, as long as students may be exempted from the course. If the education system offers no exemption, then that course must be non-confessional, teaching about religion rather than teaching religion, per se. The Court has also firmly established that a state has no business asking a citizen to reveal his or her religious beliefs, or lack thereof. Thus the Greek state has, for quite some time, been in breach of Court pronouncements on three points: its religious education is confessional in nature; only students of a minority faith may be exempted from the course; and exemption requires a declaration to the school of that student’s minority religious faith. The Council of State (StE) was asked to address this issue in a case raised by two sets of parents of students who do not belong to a minority faith (Papageorgiou and others) in September of 2017, and was asked to treat the case as a matter of urgency, so the students in question could be exempted from the mandatory religious education course in that school year. The StE scheduled a hearing for October 12, 2017, postponed this until November 9, then again until December 14, again until February 8th of 2018, then again until 4 May, and finally again until early June. The parents took recourse to the ECtHR, now being able to claim they have exhausted all national remedies since the highest court in Greece would not address the case early enough to make any difference for the students in question. And whilst the StE kept delaying the case, last month the ECtHR formally accepted to hear the case of Papageorgiou and Others. Again, too little, too late… The ECtHR will now hear the case, regardless of what may or may not happen at the StE. And in so doing it will make history in the domain of religious education. It will also send shockwaves through Greece.

Shockwaves is not an overstatement, because in the meantime at the domestic level, the conversation on religious education has been further degenerating. The very same religious education being questioned by Papageoriou and others as a violation to their freedom of thought, conscience, and religion (Article 9 of the European Convention on Human Rights) has been considered, by StE this past March—in a case raised by Metropolitan of Piraeus Seraphim—as in violation of the Greek Constitution for being insufficiently confessional in nature.

All of the above is, rather unfortunately, fully in line with Greece’s record in relation to the ECtHR on matters of religion. The Kokkinakis v. Greece (1993) case was the first in which the Court found a violation of religious freedom; this case was a watershed, opening the floodgates on what would evolve to be an incredibly powerful role played by the ECtHR in the domain of religious freedom across the 47 member states of the Council of Europe. Today nearly 20% of all religious freedoms violations are against a single state: Greece. The problems faced by Kokkinakis, a Jehovah’s Witness arrested over 60 times for proselytism, are now rarely experienced by religious minorities in Greece. But the fact that the Metaxas law banning proselytism is still in place, formally if not much used in practice, remains problematic. So too the Metaxas law on blasphemy, which is much more alive today (see the ‘Geron Pastitsios’ case, the closing down of Hyterion’s staging of Corpus Christi, and many more examples). And religious minority groups continue to face difficulties related to inequalities in their legal status as religious groups. One may hope that on such issues the Greek state will not be found in the future, again, offering too little too late and trailing behind developments at the ECtHR.

This forthcoming ECtHR case is worth paying special attention to, first, because it bears the potential to radically shake up the domain of religious education in the Greek context. Is also bears the potential to radically shake up popular perceptions of the Court (which, in the conceptions of many, is synonymous with the European Union—or even with ‘Europe’—in spite of the fact that the ECtHR is not an EU institution), especially if it rules against the Greek state. Further, Papageorgiou and Others has all the signs of another Lautsi: Lautsi v. Italy is the case in which, in 2009, a chamber of the ECtHR ruled that the crucifix in Italian public schools must come down because they violate the right of the parent to raise their children in accordance with their own religious or philosophical beliefs, and in 2011, after significant mobilizations at the grassroots and ‘grasstops’ levels, the decision was radically overturned. Lautsi brought the Court to popular attention in an unprecedented way because the first judgment was seen as a threat to links between religion and national identity. Papageorgiou and Others, however, is likely to be seen as a threat both to links between religion and national identity, and between church and state.

Public Orthodoxy seeks to promote conversation by providing a forum for diverse perspectives on contemporary issues related to Orthodox Christianity. The positions expressed in this essay are solely the author’s and do not necessarily represent the views of the editors or the Orthodox Christian Studies Center.