Information event for the members of DEO regarding Greek foreign policy 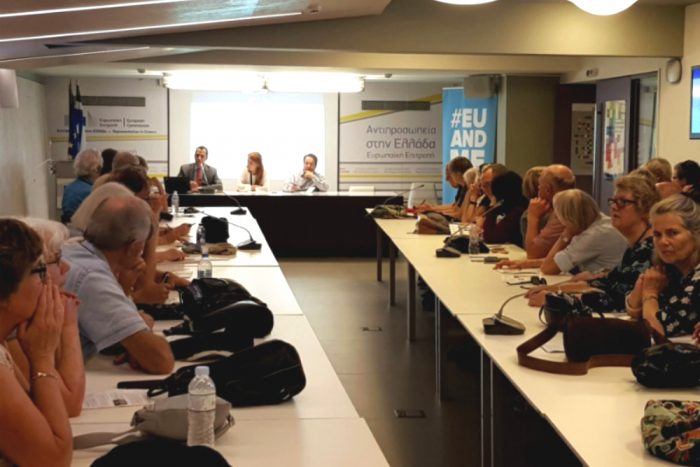 On Wednesday, October the 30th, the Ambassador (ret.) Dimitris Moschopoulos and Alexandra Voudouri, Diplomatic Affairs Editor at Athina 9.84 and Macropolis.gr, informed the members of the Democracy in Europe Organisation (DEO) of the latest developments in the Balkans and Greek foreign policy at an event organized by the Democracy in Europe Organisation (DEO) and ELIAMEP’s South East Europe Programme at the European Commission Representation Office in Athens.

Continuing, Ms. Voudouri spoke about Greece’s position on the issue of the Western Balkans’ EU accession, with a special reference to the Prespa Agreement and the consequent parliamentary debate, both in Greece and North Macedonia.

Mr. Moschopoulos referred to the relations between Kosovo and Serbia and the international community’s policy in the region, expressing optimistic views regarding the implementation of the Prespa Agreement and a new EU perspective on North Macedonia.

The speakers were then given the opportunity to answer questions from the audience.