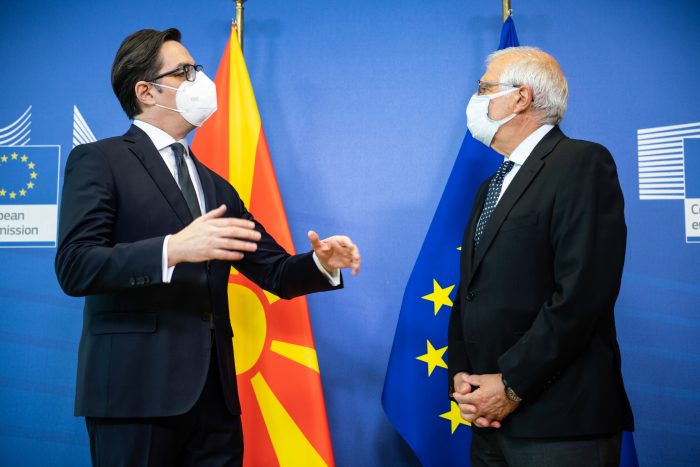 Ioannis Armakolas gave an interview to ethnos.gr to coincide with the publication of an extensive report on the Prespa Agreement three years after the deal was signed.

“I do not think that there are any significant problems in the implementation of the Agreement in North Macedonia. The government in Skopje has largely fulfilled its obligations vis-a-vis the agreement, and is in fact putting pressure on the Greek side to take more significant steps in this direction”, Armakolas stressed.

He also explained in detail the problems stemming from the lack of progress made in the issue of North Macedonia’s European perspectives, which has unavoidably has a negative impact on the public’s view of the Agreement.

Armakolas further noted the areas in which progress has been made regarding the implementation of the agreement, but also those where there have been significant delays. Within this framework, he stressed the lack of political will on Athens’ part to further improve its relations with Skopje. “I think that this is mainly explained by the fact that the current government cultivated a rather negative perception of the Agreement while it was in Opposition. It is thus quite reasonable for citizens to continue to have a poor opinion of it now, especially since political figures do not talk about these issues publicly. In addition, Greece’s inability to make use of its connections and help the government in North Macedonia out of its impasse has weakened the possibility of it playing a more significant regional role”, he said.

The story in ethnos.gr also made special reference to a recent study by ELIAMEP (December 2020) on the prospects for bilateral relations between Greece and North Macedonia.