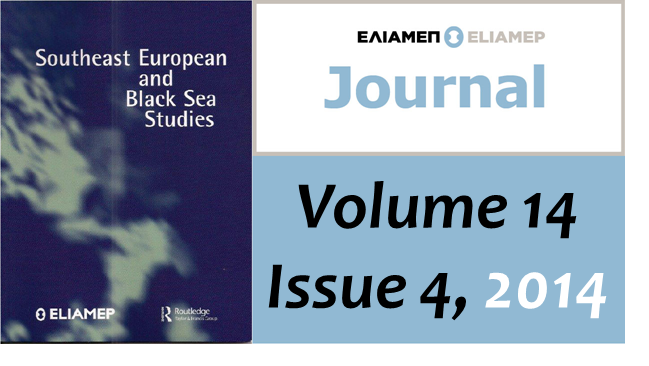 The newest issue of Southeast European and Black Sea Studies is now available online. In this issue, Florian Bieber edited a special section discussing the 1990 founding elections in Bosnia and Herzegovinia, which led to an overwhelming victory for the three ethno-nationalist parties. Within the special section, Damir Kapidžić contributed a piece on the interaction of electoral system design and ethnic structure of society, Boriša Mraović discusses electoral incentives and ethnic mobilisation and Nenad Stojanović addresses the question of why non-nationalist voters supported ethno-nationalist parties. Also in this issue, Andrea Pelliccia examines the phenomenon of Greek student mobility in Italy, Eda Kuşku-Sönmez looks into the role Black Sea cities can play in regional integration strategies, and Suzette R. Grillot & Rebecca J. Cruise argue that despite official reconciliation efforts at an elite level, the general public in Albania, Croatia and FYROM have not made the same progress toward trust and sense of community. Finally, an article co-authored by Emil Souleimanov, Maya Ehrmann & Huseyn Aliyev focuses on the role of Iranian influence in strengthening the strategic partnership between Azerbaijan and Israel, arguing that security threats from Iran, as well as mutually beneficial economic incentives contribute to the Azerbaijani-Israeli partnership. The issue also includes a review of Christopher Clark’s The Sleepwalkers: How Europe went to War in 1914 by Editorial Board member Thanos Veremis, and a review essay by Rebecca Bryant on unrecognised states and the struggle for sovereignty.