Refugees, migrants, neither, both: categorical fetishism and the politics of bounding in Europe’s ‘migration crisis’ 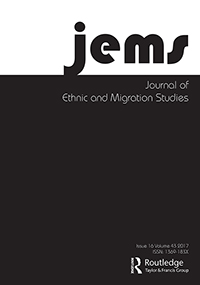 The use of the categories ‘refugee’ and ‘migrant’ to differentiate between those on the move and the legitimacy, or otherwise, of their claims to international protection has featured strongly during Europe’s ‘migration crisis’ and has been used to justify policies of exclusion and containment. Drawing on interviews with 215 people who crossed the Mediterranean to Greece in 2015, our paper challenges this ‘categorical fetishism’, arguing that the dominant categories fail to capture adequately the complex relationship between political, social and economic drivers of migration or their shifting significance for individuals over time and space. As such it builds upon a substantial body of academic literature demonstrating a disjuncture between conceptual and policy categories and the lived experiences of those on the move. However, the paper is also critical of efforts to foreground or privilege ‘refugees’ over ‘migrants’ arguing that this reinforces rather than challenges the dichotomy’s faulty foundations. Rather those concerned about the use of categories to marginalise and exclude should explicitly engage with the politics of bounding, that is to say, the process by which categories are constructed, the purpose they serve and their consequences, in order to denaturalise their use as a mechanism to distinguish, divide and discriminate.