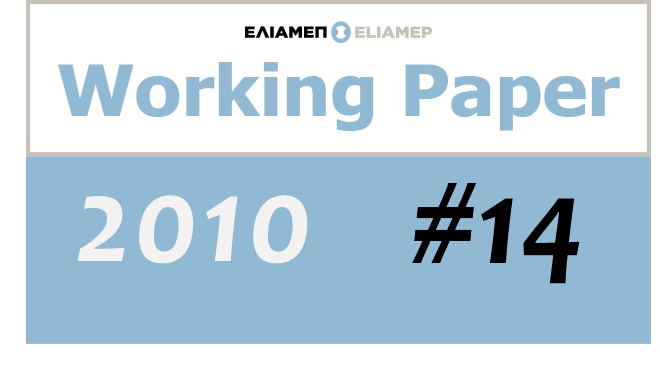 ELIAMEP’s Working Paper no 14 authored by Dr. Ioannis N. Grigoriadis, Assistant Professor at the Department of Political Science, Bilkent University and Research Fellow at the Hellenic Foundation of European and Foreign Policy (ELIAMEP), aims to explore Turkey’s new foreign policy in the Middle East. It is argued that under the AKP administration Turkey’s Middle East policy has undergone a significant reconfiguration due to a number of concurring factors. This is partially linked with the strategic vision of Turkey’s foreign minister Ahmet Davutoğlu, as well as changes in the regional balance of power.

While it is true that transformative visions of Turkish foreign policy have been coined in the recent past, it was only under the AKP administration that Turkey’ s relations with most of its Middle Eastern neighbours have undergone significant changes. Major improvements have been noted regarding relations with Iran and most Arab states, while serious deterioration has been observed with respect to Israel. This reflects both the new regional strategic environment, as well as an increasing ambition on the side of Turkey to play a leading role in the Middle East. As one of the G-20 members and displaying a relatively strong economic performance, Turkey aspires to join the club of the new emerging middle powers. On the other hand, this may lead to the destabilisation of some of the cornerstones of Turkish foreign policy and even to the reconfiguration of its strategic relations with the West. While Turkey is indeed gaining in regional strategic weight, moving too fast might lead to significant turbulences and setbacks.