In focus – Healthcare: Who pays the bill? 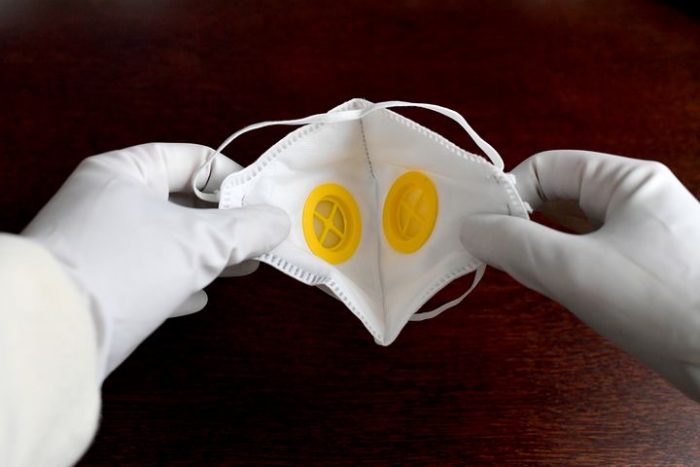 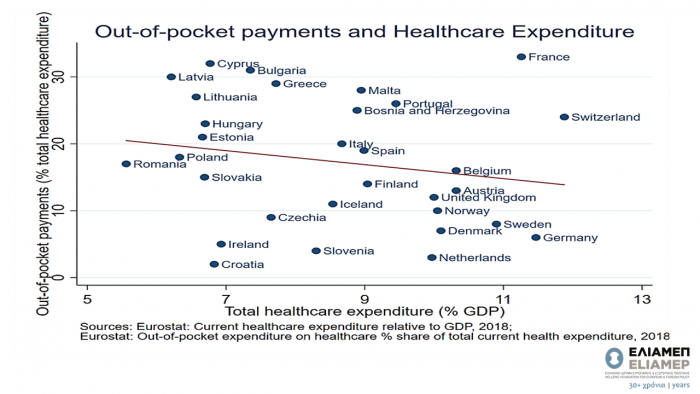 The increasing pressure of the pandemic on the national health systems of many countries in Europe has rekindled the debate over the amount of funds directed to healthcare. A measure that is often used to capture the coverage of citizens’ healthcare needs by public health systems is the ‘out-of-pocket payments for healthcare’ indicator, which measures the extent to which citizens pay themselves for health services. In fact, this indicator has been cited by the World Health Organization (WHO) as crucial to achieving the Sustainable Development Goal (SDG) for universal access to health care.

Second, we observe two wider groups of countries on opposite sides of the trend line, while some countries appear scattered as cases of atypical behavior (outliers). In the lower right corner of the chart, many Northwestern European countries are displayed (Germany, the Netherlands, Denmark, Sweden, Norway, the United Kingdom). These countries combine high healthcare costs with low costs for consumers/patients. They seem to achieve high rates of health coverage but direct a significant share of economic activity to the provision of health services.

In the upper left corner of the chart, countries of Southeastern Europe (Bulgaria, Greece, Cyprus) and the Baltic (Latvia, Lithuania) are displayed. These countries seem to devote a relatively small share of overall expenditure for healthcare, and patients are required to pay for it themselves to a significant degree. This situation makes access to health services difficult for many patients who are unable to cover the costs themselves, as confirmed by the Eurostat “Self-reported Unmet Needs for Health Care Index” for countries such as Latvia and Greece. In these countries, a significant reduction in income threatens to exclude a significant number of patients from healthcare or to force them reduce other living expenses in order to cover the cost of health services.

Finally, there are exceptions such as France and Switzerland, which both spend significant resources on health services and burden patients/consumers with high out-of-pocket payments on healthcare.