In focus – To what extent are the strict measures against Covid-19 responsible for the recession? 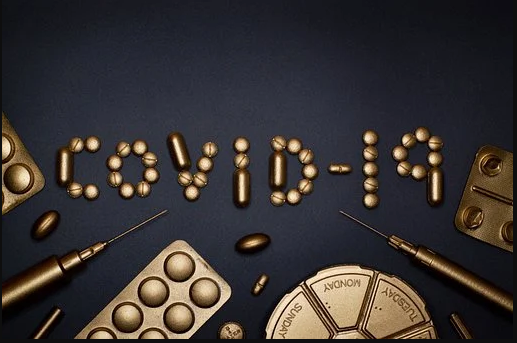 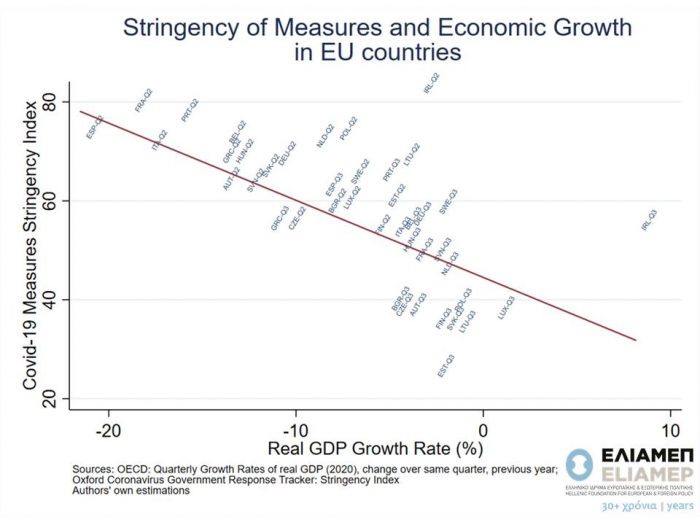 One of the issues that has dominated public discourse during the pandemic is the impact of public health protection measures on the economy. The debate is about the extent to which the restrictive measures taken by governments to limit the spread of the coronavirus are responsible for the negative growth rates that have been recorded during the year.

The graph shows the correlation of this index with the GDP growth rates for the 2nd and 3rd quarter of the year (expressed as a difference with the respective quarter of 2019).[1] The sample consists of European economies.

Looking at the graph, the picture is clear: there is a strong negative correlation between the severity of the measures taken and the rate of economic growth in the respective quarter. In other words, the tighter the restrictions introduced by governments, the greater the decline in economic activity. In view of this result, could it be argued that governments were wrong to introduce restrictive measures? Absolutely not. Timely action prevented the pandemic from getting out of control, which would impose incalculable costs in terms of human lives, but also reduced the need to implement even stricter measures, with even greater economic consequences, at a later stage.

One conclusion, given the negative relationship between the severity of the measures and economic growth, is the need to systematically study the effectiveness of the measures, in relation to the economic damage that they cause. The need for further study is intensified by the fact, that so far, the most common way of predicting the economic impact of the pandemic has focused on the share that sectors particularly affected by the measures (e.g., tourism) have in each economy, rather than on the intensity and type of the restrictive measures.

[1] The first quarter is not included as for most countries the outbreak of the pandemic and consequently the imposition of restrictive measures began in March, which makes the comparison with the other two quarters problematic.