In focus – How equal is the global distribution of vaccines? 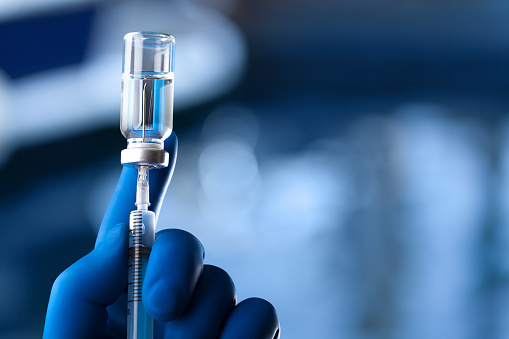 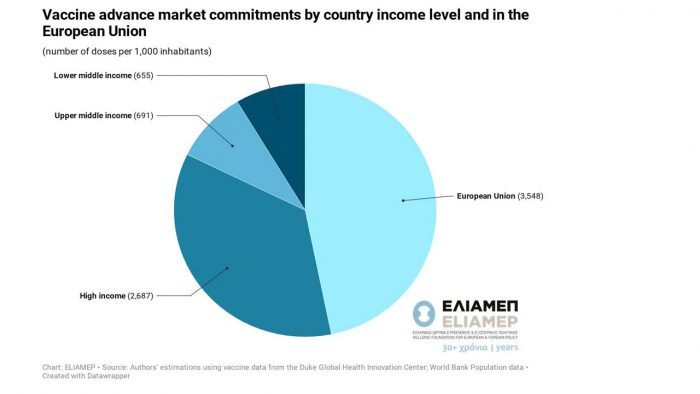 The speed with which the population worldwide will be vaccinated will signal the way out of the recession we are experiencing on a global level. As noted in our previous post, the distribution of vaccine doses in the EU is not affected by the financial strength of each member state. But does this apply everywhere?

In order to answer this question, we have collected the available data on vaccination doses for 53 countries worldwide and for the European Union as a whole. According to the World Bank, countries can be broken down according to their income status into high-income, upper-middle-income, lower-middle-income and low-income.

In the above graph we have adapted the data to the population of each country and we present the average of the guaranteed (procured) doses of vaccines per 1,000 people (low-income countries are not included as no data was available). It is striking that high-income countries and the European Union have entered into agreements with companies for much larger numbers of doses than their population.

It follows from the above that the purchasing and bargaining power of countries, in relation to their ability to procure vaccines, must be correlated to their economic power. In fact, middle-income countries are pursuing other strategies to secure the necessary doses. For instance, countries with strong productive infrastructure, such as India and Brazil, negotiate access to vaccination by participating in their manufacturing process, while other countries offer resources for clinical trials. In contrast, low-income countries without high productive capacity lag behind in the negotiations.