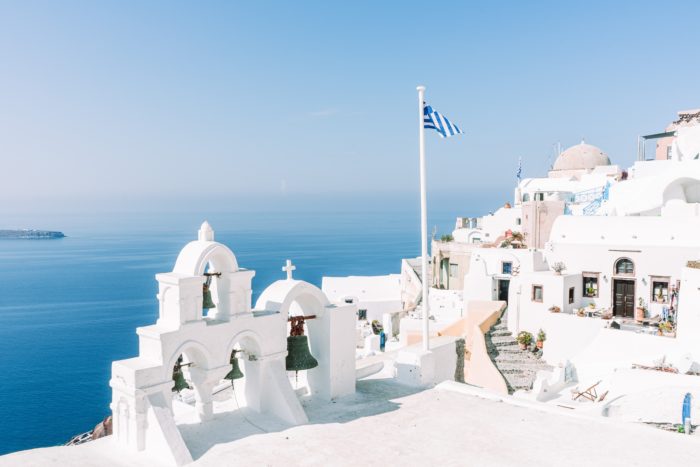 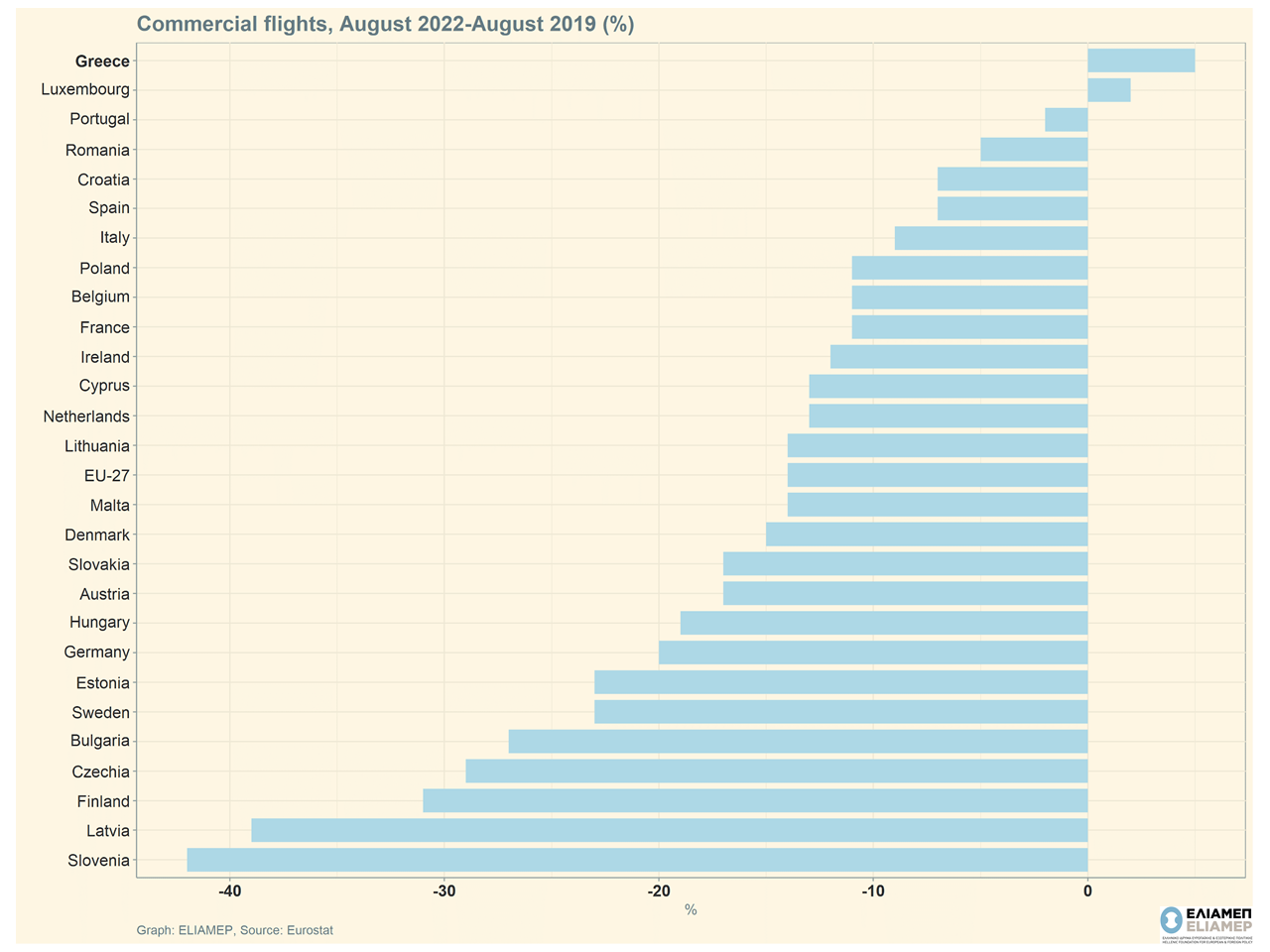 The assessment of the summer tourist season finds the vast majority of European states not yet recovered compared to the pre-coronavirus period. The number of commercial flights landing at the airports of 25 of the 27 Member States was lower last August than in the corresponding month of 2019. The only two exceptions were Luxembourg and Greece.

Arrivals at Greek airports increased by 5% compared to August 2019. Corfu and Santorini airports saw a record increase (22% and 30% respectively). The Greek tourism product has withstood the spike in energy costs and accompanying inflationary pressures that have undoubtedly squeezed disposable income and led to weak traffic in the rest of Europe in the first summer without restrictions.

The dynamic recovery of tourism after two years of inactivity is expected to give a strong boost to the Greek economy. Traditionally, tourism is the strongest pillar of the Greek growth model, therefore the contribution to the GDP of the third quarter is expected to be significant. A fact that will strengthen an already strong course: the GDP of the second quarter (April-June 2022) recorded an unexpected increase of 7.7% according to the Hellenic Statistical Authority.

The Greek economy is in a period in dire need of good news. The recovery of tourism will boost incomes and increase tax revenues. The winter is expected to be difficult, with energy costs having skyrocketed for households, businesses, and indirectly governments (since, as we analyzed in previous notes, all European governments have adopted support measures that partially burden the government’s budget).

The consequences for public policy are twofold. On the one hand, in order for the country’s tourism product to be sustainable in the long term, it requires policies in place, in order to prevent over-exploitation that will lead to a loss of value. On the other hand, the excessive dependence of the national economy on a single industry entails risks. The transition to an export production model, as proposed by the Pissarides committee, and accepted by the government, presupposes a balanced development with a shift to manufacturing and other dynamic sectors.