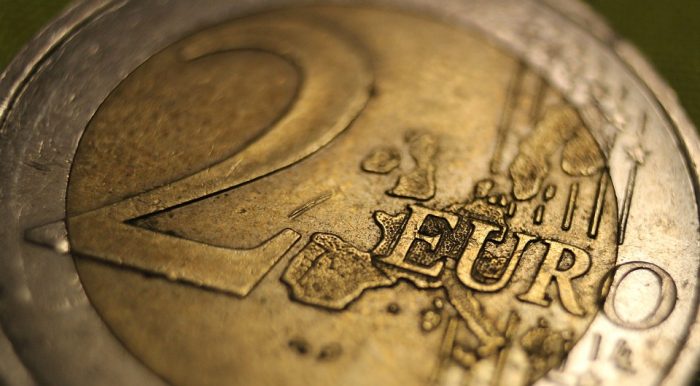 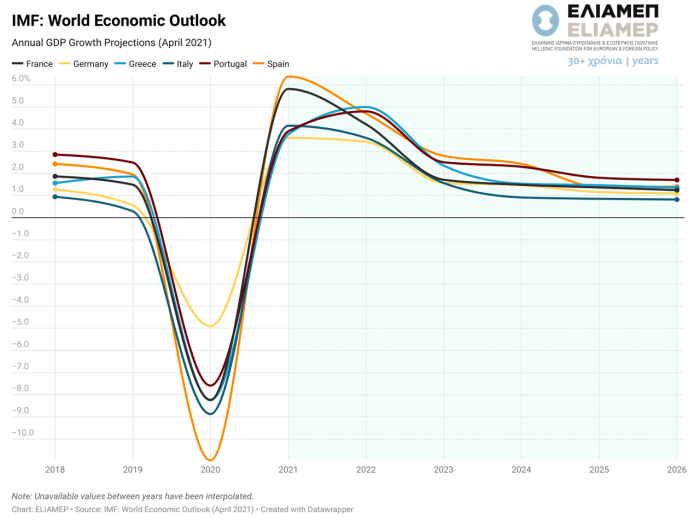 The crucial question now is when will the recovery come and of what size will it be. The shaded area of ​​the chart above presents the latest IMF forecasts. Compared to the corresponding forecasts also presented in this column last October, the IMF projections for most economies are more optimistic in the short term, but more conservative in the long run. This is attributed to the smaller-than-expected recession in the second half of 2020 for most economies, following the temporary easing of restrictive measures and the adjustment of the economies to the labor regime imposed during the pandemic.

Specifically, the Greek economy is projected to grow by 3.7% in 2021, a rate which is significantly lower than the Eurozone average (4.4%). Germany and Portugal are projected to show similar growth rates to Greece (3.9% and 3.6% respectively), while Italy and Spain, which recorded the largest recession in 2020, are expected to recover by 4.2% and 6.3% respectively.

Economic growth in most countries is expected to remain subdued in the medium term, following the recovery period, reflecting potential long-term losses in economies as a result of the restrictions imposed during the pandemic.