In focus – Public debt and the pandemic in the European Union 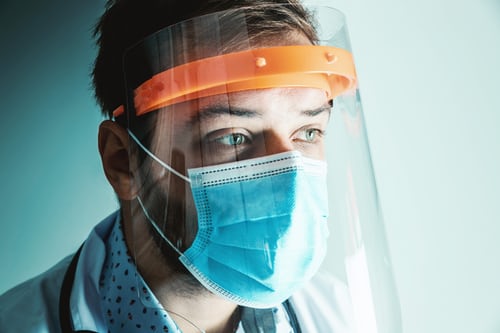 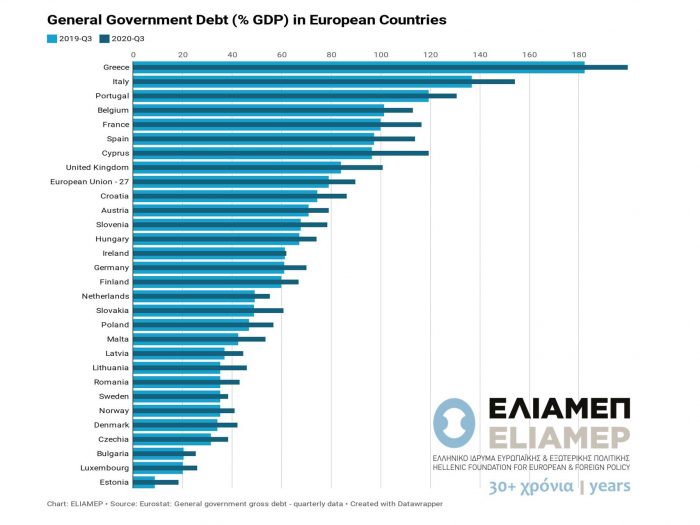 The Covid-19 crisis has left the European Union facing the deepest recession in its history. In response to the crisis, governments have taken bold fiscal measures to mitigate the effects of the pandemic immediately. Although governments seem to have mobilized their resources taking into account their fiscal situation, the accumulated deficits created to meet the growing needs have led to an increase in public debt across European countries.

In order to illustrate the increased fiscal burden of European governments, we present the latest available data about the level of general government debt (third quarter of 2020) compared to the level of debt a year ago, before the breakout of the pandemic (third quarter of 2019). According to the data, the average increase in public debt as a percentage of GDP in the 27 member states of the European Union is 10.6 percentage points, i.e. from 79.2% of GDP in 2019 to 89.8% of GDP in 2020.

As seen in the graph, all countries have increased their debt as a percentage of GDP. Countries like Greece and Italy top the list, but this is due to the high levels of public debt that they already had before the beginning of the current crisis.

More generally, the decision to increase public expenditure -and thus debt- during the pandemic is influenced by a number of factors and is not necessarily related to the pre-crisis level of debt. For example, it depends on the depth of the recession, which is greater in the countries of the South, as much of their GDP comes from sectors severely affected by the crisis, such as tourism and catering; this forces them to spend more despite their already high level of debt. In contrast, in countries such as Germany, the availability of fiscal space as well as the tradition of a strong social protection framework may have affected more the decision on the level of additional expenditure to deal with the pandemic.

The question that will arise after the end of the pandemic is how these debts will be repaid. Generally, there are three alternative ways to reduce public debt. First, through tax increases and/or budget cuts, in other words, through austerity. Second, through the restructuring or write-off of part of the public debt. Third, by shifting debt repayment into the future, expecting the reduction of the debt burden through higher growth and inflation.

The way the debt issue will be dealt with, may involve a combination of some or all of the above options. The policy mix that will be decided will determine the speed of the return to a satisfactory and stable growth trajectory.