In focus – Defence spending in Europe 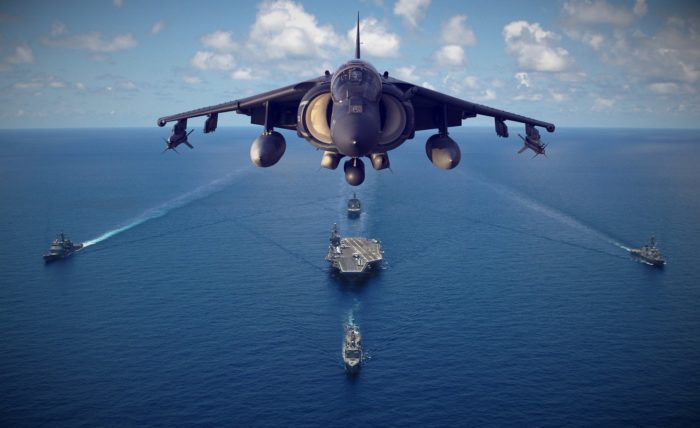 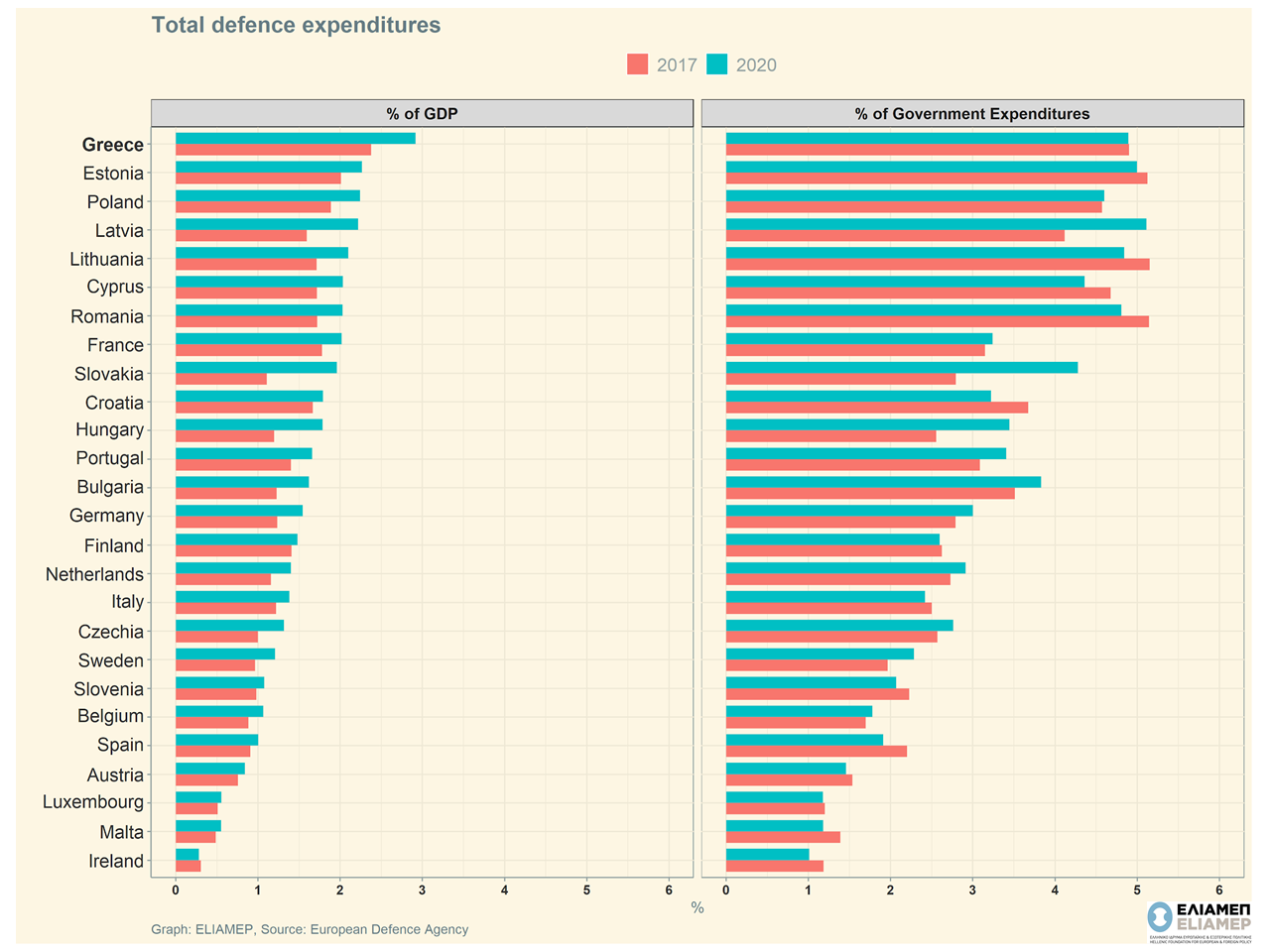 One of the most important consequences of the Russian invasion of Ukraine is the adjustment of the EU military capability. Security and defence are now emerging as a priority for many European countries and thus EU initiatives are being considered. Indicative of this priority is the approval by the EU Foreign and Defence Council of the “Strategic Compass”, a joint plan which provides, inter alia, for the rapid deployment of 5,000 troops for different types of crises and mutual assistance in the event of aggression against one of the Member States.

According to data from the European Defence Agency, defence spending exhibits significant heterogeneity among European countries, but also has a clear pattern. Moving from the west to the east of the Union, Member States are devoting an increasing share of their GDP to defence spending, with countries that make up Europe’s eastern land or sea border bearing a disproportionate cost. As a result, countries such as Ireland, Malta, Austria and Luxembourg spend less than 1% of their GDP on defence, while Central and Eastern European countries such as Latvia, Poland and Estonia spend more than 2% of their GDP. Greece has long been the leader in defence spending with the amount spent on defence reaching 4.8 billion euros for 2020 (2.9% of GDP and 4.9% of government spending), an amount which increased significantly in 2021.

The current crisis in Ukraine may be a springboard for Europe to overcome the inherent problems posed by the very nature of the European edifice. As mentioned in the working paper of S. Blavoukos and G. Pagoulatos (see here), any decisions on security, foreign policy and defence are at the core of national sovereignty and therefore it makes sense for the collective decision-making process at the Union level to provide for the release of Member States from relevant resolutions. However, even under the current provisions, there is room for Europe to move more actively towards building a single defence and security policy. An important role in this direction will be played by the more active implementation by the Member States of Permanent Structured Cooperation (PESCO), a list of ambitious joint commitments aimed at strengthening military cooperation between Member States.

Indicative of the prospect of further cooperation in the fields of defence and security for the member countries is that out of the 36 billion euros spent in 2020 on defence equipment procurement, only 4.1 billion euros (11%) were directed to cooperative defence procurement between the Member States, well below the desired 35% forecast by PESCO. As the European Defence Agency notes there is significant room for closer relations between European countries on strengthening security and defence.

The direction of public revenues in defence spendings undoubtedly commits significant resources to sectors with greater added value. Due to the current developments, Europe is forced to reconsider its strategic presence. The heterogeneity shown by states in terms of their defence spending can be an advantage, providing the space needed to share the costs of developing a common foreign, defence and security policy.