Framing the Greek crisis in the international media 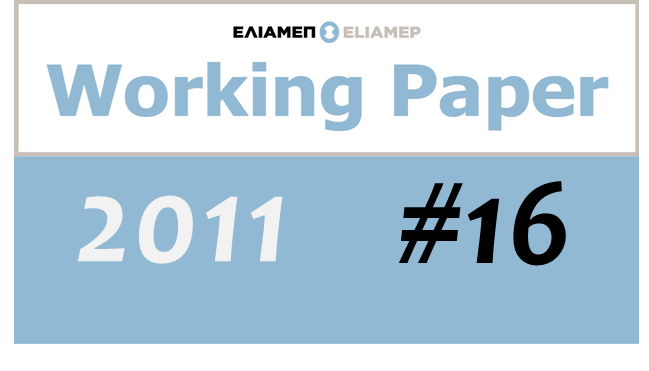 ELIAMEP’s Working Paper no 16 authored by George Tzogopoulos attempts to explore the way ten newspapers from Britain, France, Germany, the USA and Italy saw the Greek crisis from the beginning of October 2009 until the end of December 2010. Its purpose is to analyse the coverage of both the financial problem of Greece and the pathologies of its socio-political system, such as bureaucracy and corruption.

Quantitative and qualitative methods are used, including texts analysis and personal interviews with journalists and policy-makers. The conclusions are categorised on the basis of the newspapers’ country of origin, their ideological orientation and the content quality. In parallel, the study attempts to assess whether the critique that came from the international media could be justified and interpret their position on the Greek crisis. In addition, it aims to explore various motivations which possibly influence the work of foreign correspondents and examine the Greek government’s stance and its communication policy.

Read the full text (in Greek only)