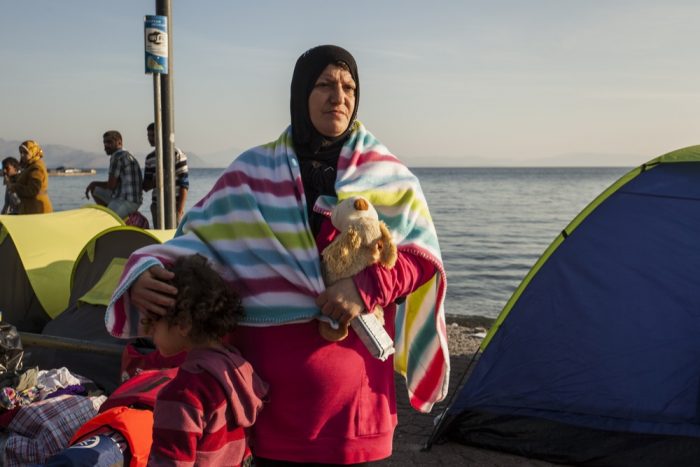 The purpose of this study for Greece is to provide a review of the information and training needs of asylum seekers and beneficiaries of international protection and the national mechanisms for information and training provision (with focus on women). This report offers an overview of the existing mechanisms in Greece by looking at the array of stakeholders involved in the process of reception and integration of TNCs, refugees and beneficiaries of international protection in Greece.

Along with documenting trends and canvassing the variety of stakeholders and projects, the study offers background information with regards to the peculiarity of socio-political and economic situation in Greece in order to explain the existing difficulties and identify the current challenges with regard to the system of reception and integration. Greece has recently been the theatre of an unprecedented refugee flow (as far as the country’s experience is concerned).

When examining the Greek system of reception and integration it is important to take into account those contextual factors which constitute the framework within which policies have been developed (or not) and within which any future policies originating in the European/international experience could be implemented (or not). In the Greek case, these are the lack of experience in dealing with migration issues, the refugee crisis, the economic crisis and the lack of national coordination and planning, as it will be further highlighted in the study. Reception takes a much larger space in the study as both funds and efforts from all stakeholders involved have been focusing over the past two years on tackling the humanitarian crisis and on addressing the emergencies related to the needs of the refugee population.

A variety of sources – cited in footnotes throughout the report – has been used to compile this report: data and information was drawn from the national bodies, the relevant EU agencies, NGOs and other stakeholders, the Greek National Statistics Agency as well as EUROSTAT, in order to sketch a tentative map of the Greek system. The lack of current national plan, the limited coordination between stakeholders, the sporadic nature of the efforts and projects in the area of reception and integration of refugees and beneficiaries of international protection, along with the difficulty in accessing data make the task of scoping difficult and the outcome necessarily tentative.

Eight interviews were conducted in order to have a clear picture of the existing provision of information and training in order to formulate a solid outlook on the aspects of training that need to be developed for addressing the integration needs to refugees and refugees and beneficiaries of international protection, and in particular those of women: two interviews were conducted with experts from the Asylum Service, one interview was conducted with an expert from the Greek Forum of Refugees and one interview was conducted with an expert form the Municipality of Athens in charge of the integration and refugee portfolio of the Municipality.

Four interviews were conducted with women refugees as well: two from Syria in the process of fast-track asylum application, and two candidates for relocation, one from Syria and one from Iran. Because of limitations described above, information about the reception process and facilities in the accommodation centres is scattered and unsystematic, and in many case not publicly available for the time being, two extra interviews were conducted with regards to reception and accommodation in Greece, one with an employee from the Reception and Identification Service, regarding information about the mainland, and one with an employee from an international NGO regarding information about the islands.

This highlights a key issue research and policy with regards to refugees (and migrants) in Greece has to face, that is, the availability, or even suitability, of the gaps in data. Naturally, the dynamic nature of the field of migration – forced or deliberate – (for instance, many refugees and migrants enter or leave the country illegally) makes record-keeping a challenging task. With regards to refugees in particular, discrepancies exist between the government statistics and those from the UNHCR or other NGOs.

Recording of arrivals, relocation and moves from the islands to the mainland have improved over time, in contrast with the period between summer 2015 and the EU-Turkey Statement in March 2016. However, data such as a systematic profiling of refugees with regards to education and employment history – in view of an informed policy with regards to integration – do not exist for the time being. Even if records are kept, different stakeholders – the Greek Police, the Greek Army, the Greek Coastguard, the Ministry of Migration Policy and its authorities such as the Reception and Identification Service, the Ministry of Health, the Ministry of Education, FRONTEX, international NGOs and local or smaller NGOs, keep different records, according to different criteria, whereas data are often not accessible, published or publishable.

This important lacuna was flagged-up by the Greek Ombudsman’s 2017 report (p. 19) which points out that:  “To date, the statistics recorded continue to be defined by two factors: The first relates to the method used for collecting and ‘classifying’ the data. It usually pertains to general calculations without any qualitative and quantitative processing, something which in the end obscures the solution to the problems and obstructs the competent state authorities from defining their next steps.

The second pertains to the non-publication of data, which does not allow the control and evaluation of the results of the state’s intervention as well as the design and implementation of the policies by the competent state agencies”.[1] For instance, those staying at the mainland’s open facilities, are counted by the Greek authorities based on ‘food portions’ and not the number spending the days or nights in the facilities; similarly, the statistical data on the number of children attending school, usually consist of general percentages; or the age records of the minors in each accommodation centre are not accessible.

These are but few examples, demonstrating the limited reflection of reality in the current numerical estimates which does not allow to assess accurately the degree to which the country responds to the refugee crisis, the degree to which the country complies with the terms and procedures stemming by its international obligations, but it may also undermine the effective design and implementation of policies for integration.

The report is available at the following link: http://old.csd.bg/artShow.php?id=18208