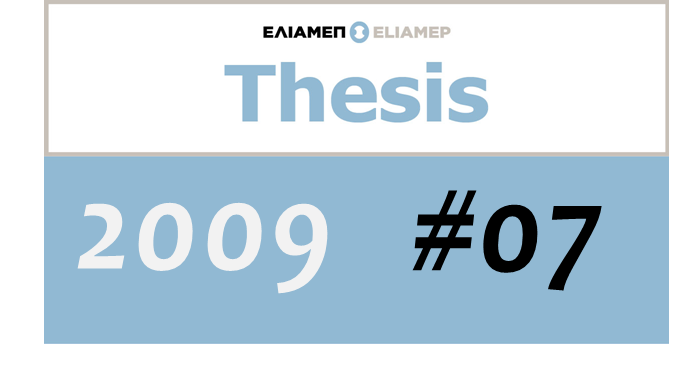 The present ELIAMEP Thesis by Prof. Andreas Theophanous–the third published by ELIAMEP on the Cyprus issue in the last few months, argues that for many Greek-Cypriots the fundamental question “what model can lead to a viable solution?” has not been answered in a satisfactory manner. Despite several rounds of meetings, there is considerable distance between the two communities on several major issues: constitutional issues, governance, property issues, the three fundamental freedoms, security, settlers, territorial issue, economy.

The author, Prof. Andreas Theophanous, argues that a solution based on a functional federation may prompt a dynamic towards integration.  Furthermore, while it addresses the fundamental concerns of the two communities and of all citizens it can consolidate the Republic of Cyprus as a viable state without guarantor powers, reflecting its status as a full member of the EU. Cyprus should also become a member of a western collective security organisation. The author concludes by asserting that there will be no resolution to the Cyprus problem, unless Turkey recognises the right of the Republic of Cyprus to exist which will bring a new dynamic in the EU-Turkish relations.

Andreas Theophanous, The EU, Turkey and Cyprus: what next? ELIAMEP Thesis 7/2009, November 2009

Professor of Political Economy at the University of Nicosia

Director of the Cyprus Center for European and International Affairs.