ELIAMEP Thesis 4/2009: The European Union and its Neighbourhood: Time for a Rethink 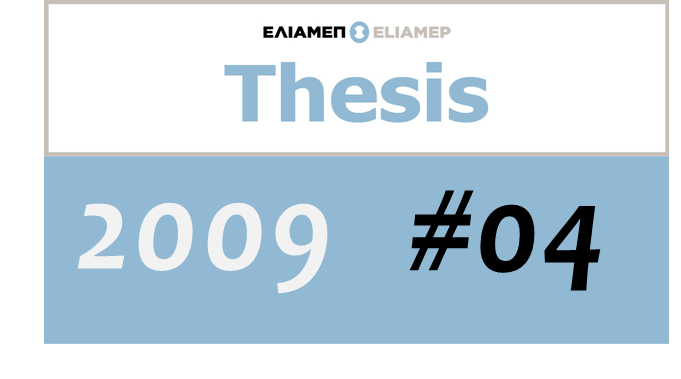 On 7 May 2009 leading policy-makers from the European Union (EU) will hold a high-level meeting with political leaders from Armenia, Azerbaijan, Belarus, Georgia, Moldova, and Ukraine in order to launch a new Eastern Partnership. Helen Wallace, the author of the newest issue of ELIAMEP Thesis entitled The European Union and its Neighbourhood: Time for a Rethink, analyses and evaluates the benefits and deficiencies of this new policy initiative. She argues that it is high time for EU policy-makers to renew and to reinvigorate the relationships with these east European neighbours.

The European Neighbourhood Policy (ENP) had run its course in its previous format and further EU enlargement is running up against problems. However, Professor Wallace holds that the Eastern Partnership has been launched at a difficult moment, given the political turmoil inside some of the target countries. In addition, the actual content o Eastern Partnership has so far been sketched only in outline. Helen Wallace maintains that much more thought – and imagination – needs to be given to how to reshape the relationships between the EU and its eastern partners and to which tools are needed for the job.

Helen Wallace holds the chair of Centennial Professor at the European Institute, London School of Economics and Political Science.

Helen Wallace, The European Union and its Neighbourhood: Time for a Rethink, ELIAMEP Thesis 4/2009, Athens, May 2009