ELIAMEP Thesis 1/2011: Lessons (not) Learned: a critical review of the “blame-it-on-the-state” account of the financial crisis and its implications for the reform of the financial regulation 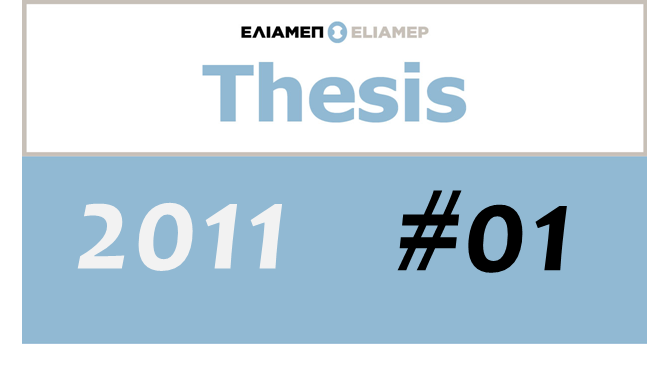 In the latest issue of ELIAMEP Thesis Dr. Dimitrios Katsikas argues that since the height of the global financial crisis in the fall of 2008, an international effort to reform the operation of the financial sector has been underway. In the course of the deliberations, the initial calls for radical measures and fundamental reform have given way to more modest and limited regulatory proposals. In part, this is due to the emergence of an account that assigns the principal blame for the crisis not to the financial markets, but to ill-judged state policies. Given the implications of such an account for the future of the financial reform process, this paper reviews critically this thesis and demonstrates its weaknesses as a comprehensive account of the crisis. Accordingly, while acknowledging the progress that has already taken place, the paper argues for a strengthening of the regulatory reform effort and its re-direction towards a more fundamental reshaping of the financial system with a view to re-establishing its connection to the real economy.

Dimitrios Katsikas, Lessons (not) learned: a critical review of the “blame-it-on-the-state” account of the financial crisis and its implications for the reform of financial regulation, ELIAMEP Thesis 1/2011, February 2011