Analysing Turkish foreign policy: the role of governmental organizations in the context of Ankara’s development diplomacy 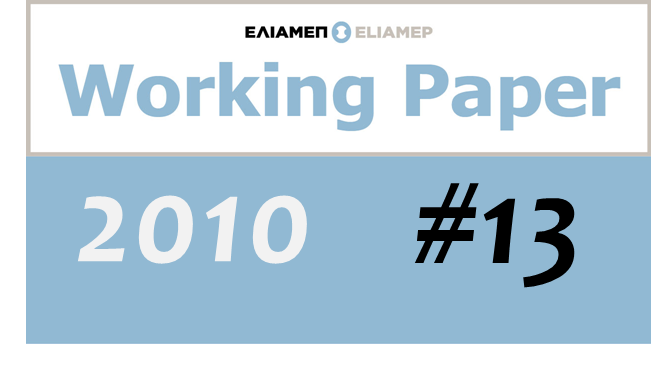 ELIAMEP’s Working Paper no 13 authored by Pantelis Touloumakos, PhD candidate in the Department of Turkish and Modern Asian Studies at the University of Athens and research associate in ELIAMEP’s programme on Middle Eastern Studies, elaborates on the geopolitical impact of the Soviet Union collapse in the region of Transcaucasia- Central Asia and the Balkans. The efforts of Turkey to increase its sphere of influence in this region gradually focused on expanding its cultural and educational links, as well as on developing its trade and investments. From this perspective, Ankara actively moved towards strengthening and reestablishing a pre-existing kind of diplomatic policy, which functions in parallel with the “traditional diplomacy”; that is development diplomacy.
The present essay aims to study the policy of three state organizations, the Turkish International Cooperation and Development Agency ((Türk İşbirliği ve Kalkınma Ajansı – ΤİΚΑ), the Union of Turkish World Municipalities (Türk Dünyası Belediyeler Birliği – TDBB), and the Union for Turkish People Abroad and Relative Communities (Dünya Türkleri ve Akraba Toplulukları Hizmet Derneği) in the context of development diplomacy covering the period from September 2006 until the beginning of 2010 and evaluating to what extent they operate complementarily to the official Turkish diplomacy.