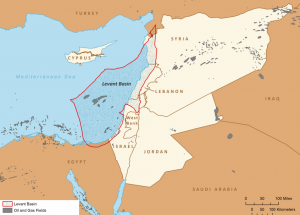 In his perspective paper for the Begin-Sadat Center for Strategic Studies, Dr George Tzogopoulos argues that the EastMed pipeline, a proposed means of transporting gas from the eastern Mediterranean to new markets, would be expensive and difficult – but it is feasible. Easier and less expensive solutions are also being considered, but the security element works in EastMed’s favor. EastMed would allow Cyprus, Greece, and Israel to collaborate while developing their roles as hubs of stability in a turbulent neighborhood. The EU and the US would likely see improvement in Western energy dependence. And Israel would have the opportunity to improve its relationship with the EU, not only by participating in a project of European interest but also by finding new clients for its own gas in the European market.

‘The gas discoveries in the eastern Mediterranean are altering regional dynamics. Transporting that gas to new export destinations, principally in Europe, will be complicated but feasible.

With this challenge in mind, Cyprus, Greece, and Israel have intensified their contacts of late. Trilateral summits are regularly taking place with the participation of Cypriot President Nicos Anastasiades and Greek and Israeli Prime Ministers Alexis Tsipras and Benjamin Netanyahu. (In April 2017, Italy joined the club, signing a declaration in Tel Aviv to that effect.)

The first trilateral summit took place in Nicosia in January 2016 and the second in December 2016 in Jerusalem. A third was held only a few days ago in Thessaloniki. At that most recent summit, the leaders agreed to deepen their energy collaboration by exploring means of constructing an underwater “EastMed” pipeline.

The project envisages a 1,300 km offshore pipeline and a 600 km onshore one from Eastern Mediterranean sources to Cyprus, from Cyprus to Crete, from Crete to mainland Greece (the Peloponnese), and from the Peloponnese to Western Greece. Then, the plan is to connect Western Greece to Italy east of Otranto via a 207 km offshore pipeline across the Ionian Sea, the so-called Poseidon.

At first glance, the biggest obstacle to the construction of the EastMed pipeline – which, if constructed, would be the longest and deepest subsea pipeline on earth – is its technical viability. Practical challenges abound. On the approach to Crete, for example, there is a stretch of about 10 km where the depth is quite high, which could cause construction problems. However, the companies involved are optimistic that technology will advance sufficiently to enable the pipeline to be built.

The Natural Gas Supplier Corporation (DEPA) of Greece describes the project as “technically feasible,” according to studies it has conducted. To bolster its case, DEPA notes the success of the Medgaz pipeline, which runs between Algeria and Spain. Israel energy minister Yuval Steinitz, too, has attempted to ease fears about construction issues and suggests that EastMed can be completed by 2025.

Technical feasibility is not the only matter of concern, however. Another challenge is the cost, which has been projected to range anywhere from
$4 billion to $7 billion. Low gas prices are also concern, as they could prevent private companies from supporting the project alongside the EU (which is prepared to offer co-financing).

Alternatives scenarios are on the table to address these concerns. LNG bases in either Cyprus or Israel could work in theory, but the prohibitively high cost of constructing them makes them a nonstarter. On a practical level, there are two real options available.

The first is to construct a 550 km submarine pipeline beginning from the Leviathan reservoir in Israeli waters, passing through Cypriot waters, and reaching southern Turkey. Israeli gas would then be shipped from southern Turkey to Europe via existing, and perhaps some newly constructed, pipeline networks. This project is estimated to cost half or possibly even less than half what EastMed would cost. But in view of the lack of resolution on the Cyprus Question, Israel is hesitant to proceed to an agreement with Turkey on this matter.

The second option is to use already existing LNG facilities in Egypt. Gas from the eastern Mediterranean could theoretically be supplied to the two Egyptian facilities in Damietta and Idku, turning Egypt back into a gas exporter. But the recent discovery of the Zohr field represents an unknown factor. It cannot be anticipated how this field will influence Egypt’s energy priorities and the balance between domestic consumption and exports. Also, neither the construction of new pipelines nor the reversal of the existing one connecting Israel to Egyptian LNG facilities would be an easy process.

If the Cyprus Question is resolved soon, the Turkish option will gain ground. But the restarted talks between Anastasiades and Turkish Cypriot leader Mustafa Akinci are highly unlikely to lead to a breakthrough. In any case, Turkey will not be considered a reliable partner by Israel for as long as President Tayyip Erdoğan dominates the political sphere, despite the rapprochement achieved last summer. Israel also has reservations vis-à-vis Egypt: the growing Russian role in Egypt’s energy sector cannot be ignored.

Israel has always attached great significance to political and security parameters. If the EastMed project develops, it will certainly improve Israel’s relationship with the EU. Commissioner for Climate Action and Energy Miguel Arias Cañete has said construction of this pipeline would contribute to the reduction of Europe’s dependency on Russian energy, a potential result also viewed with favor by the US.

The traditional division among EU member states on their view of Moscow can work in EastMed’s favor. While Germany is looking favorably towards Nord Stream II, which will complement Nord Stream I in the transporting of Russian gas to Europe under the Baltic Sea, the EU might well emphasize energy security and push (with the support of the US) for the realization of EastMed.

Israel is the driving force for energy development in the eastern Mediterranean, and its choices on this matter will have serious implications in terms of both strategic calculations and long-term economic planning. By cooperating with trustworthy democratic countries, Jerusalem will be able to mitigate the risk of instability, secure clients on the Continent, strengthen its relationship with the EU, and improve its image in Europe.’