ELIAMEP Working Paper explores energy parameters of the evolving crisis between Russia, the EU and Ukraine 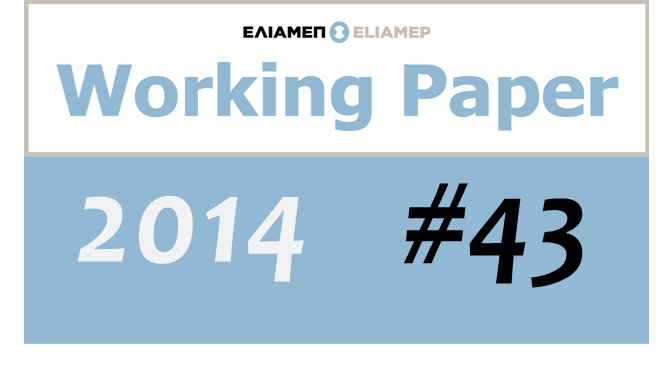 The recent incidents in Eastern Ukraine, including the occupation of official buildings from pro-Russian militia during the first weeks of April 2014, suggest that a new round of destabilisation has begun for Europe’s most volatile nation. While it is not clear if a new Russian military intervention is under preparation the European Union appears to be examining a new so-called “third wave” of sanctions in order to both deter and –should deterrence fails- penalise Russia’s actions in Ukraine. An EU boycott against Russian oil & gas exports to Europe is reportedly among the most important proposals considered by EU Foreign Ministers. What can the EU do to help Ukraine financially and in terms of energy security? How significant could EU/US assistance be regarding the immediate need of reducing Ukraine’s dependence on Russian energy exports? Working Paper 43/2014 attempts to answer these questions. It also assesses the likelihood of the EU introducing energy sanctions against Russia and the impact of those potential sanctions on the Union’s energy security as well as the global oil market. The paper concludes with a few policy proposals regarding the constructive role the EU could play in de-escalating the Ukrainian crisis.

Working Paper 43/2014: Dependencies & Vulnerabilities: The Energy Parameters of the Evolving Crisis between Russia, the EU and Ukraine