How does the economic crisis impact on Greece’s relations with Balkan countries? 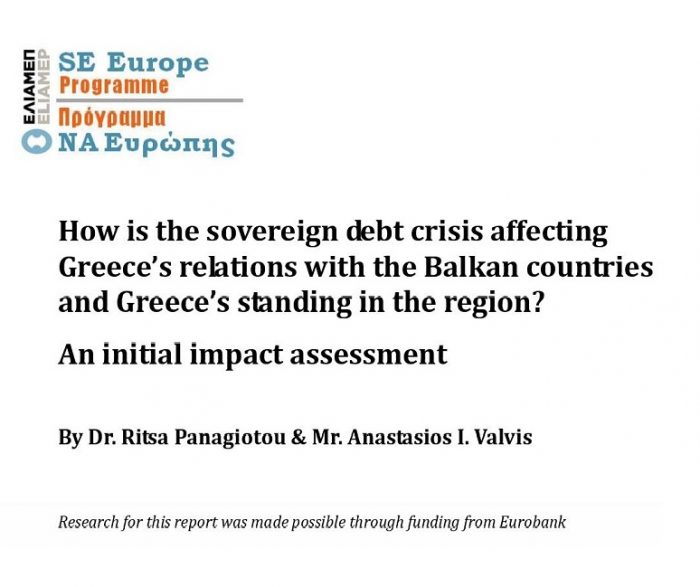 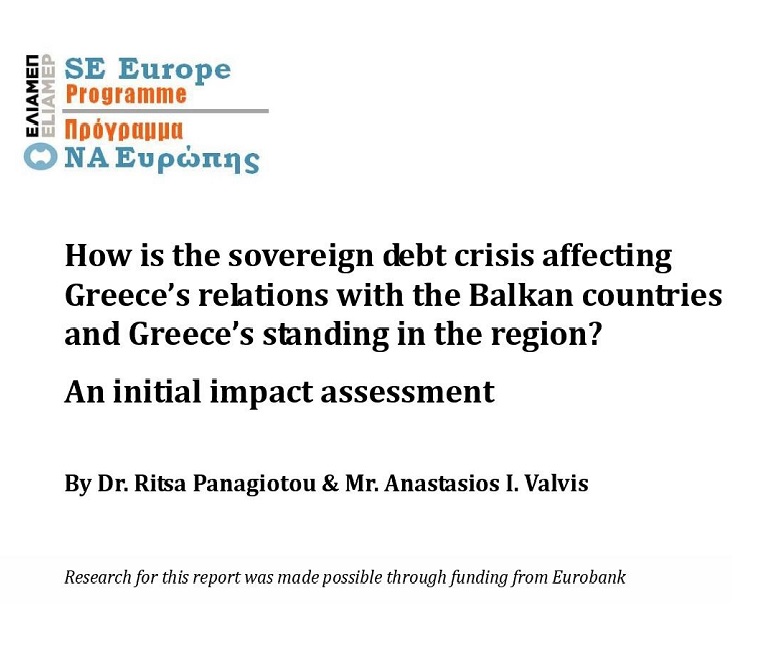 This report written by Dr Ritsa Panagiotou and Mr Anastasios Valvis, presents the findings of a preliminary analysis of the impact that the current debt crisis has on Greece’s politico-diplomatic and economic relations with its neighbours. The report is divided in two parts. The first focuses on the history of Greece’s relations with Balkan countries since the end of the Cold War. It concludes with the presentation of the findings of an online survey which was addressed to policy makers across the region, intending to collect data about perceptions of Greece’s standing in the Balkans before and during the crisis. The second part of the report explores the developments in the economic relations between Greece and the other Balkan states, focusing especially on past and present trends in trade and in foreign direct investments.