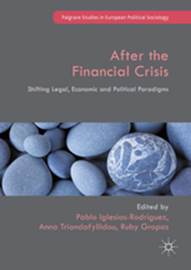 At the aftermath of the financial crisis, both elites and citizens have had to rethink the nature of the market, the role of the state as a market regulator and as a provider of welfare, the role of political parties in representing society’s main political and social cleavages, the role of civil society in voicing the concerns of citizens, and the role of the citizen as the ultimate source of power in a democracy but also as a fundamentally powerless subject in a global economy. However, this new book edited by Pablo Iglesias-Rodriguez, Anna Triandafyllidou and Ruby Gropas shows that the changes carried forward are at best partial and incomplete. We propose the notion of ‘incomplete paradigm shift’ to analyse this situation and argue that instead of radical reforms we are witnessing today the stillbirth of a new political and economic paradigm.