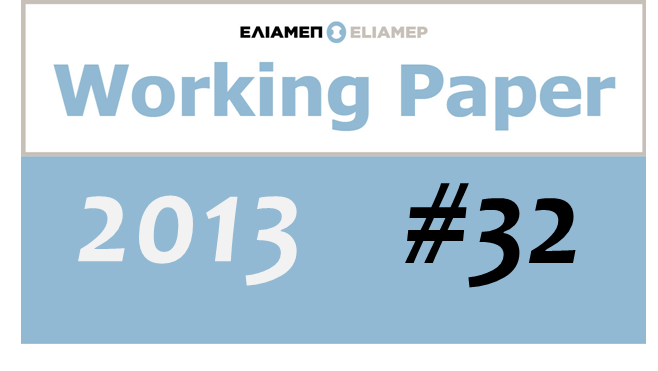 Working Paper 32/2013 authored by Dr Ioannis N. Grigoriadis analyses the impact of the ‘Arab Spring’ on Turkish foreign policy. Turkish foreign policy has been reconfigured in recent years, in order to address the rise of country into the group of ‘second-tier BRIC’ states. Exaggerated expectations have, however, met with reality checks. Turkey’s involvement in the ‘Arab Spring’ has already taken a toll on the country’s soft power potential, but it has also initiated a learning process for Turkish diplomacy. The potential as well as the limits of Turkey’s ability to influence regional developments and undertake a leadership role have become clearer, while the negative effect of the Kurdish issue on Turkey’s regional leadership potential appears to have been well understood. The re-launch of a negotiation process with Turkey’s Kurds shows that the AKP government is aware of the damage inflicted to Turkey’s capacity to act as arbiter and promote a human rights and democracy-based agenda in transition states in the Middle East. Otherwise, instead of becoming a crisis mediator and stability factor, Turkey may end up in the rather unhappy position of importing instability from the Middle East.