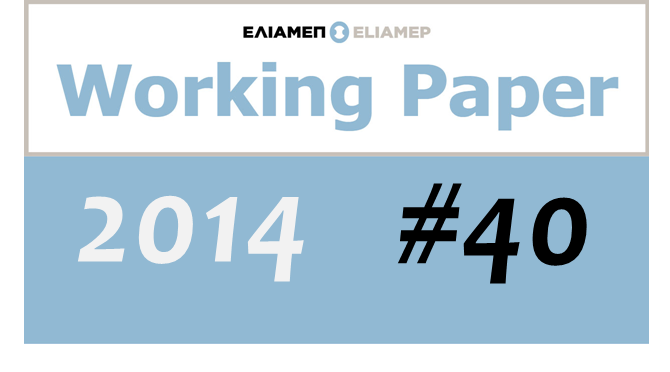 Working Paper 40/2014 written by Dr Nikos Karampekios deals with Greek engagement with the European Defence Agency (EDA). Greece has been an important EU member state (MS) in setting up EDA. Indeed, its pro-integration stance on defence matters, at large, and EDA, in particular, can be traced back to its set of external security threats, and its belief that EU institutions and mechanisms can provide a protection layer against these threats. The chairing of important European preparatory groups (POLARM), and the Presidency of the Council provided normative agenda-setting procedures to uphold this objective and assume a pace-setter role in creating EDA. Significantly, Greece’s national interest evolved as EDA assumed operational status. Purely external security considerations were coupled with domestic economic and political considerations, such as the protection of its defence industrial base, and disproving widely-held assumptions about political corruption in relation to defence procurement. This paper considers Greece’s engagement in EDA by tracing the MS’s position in the major EDA activities.