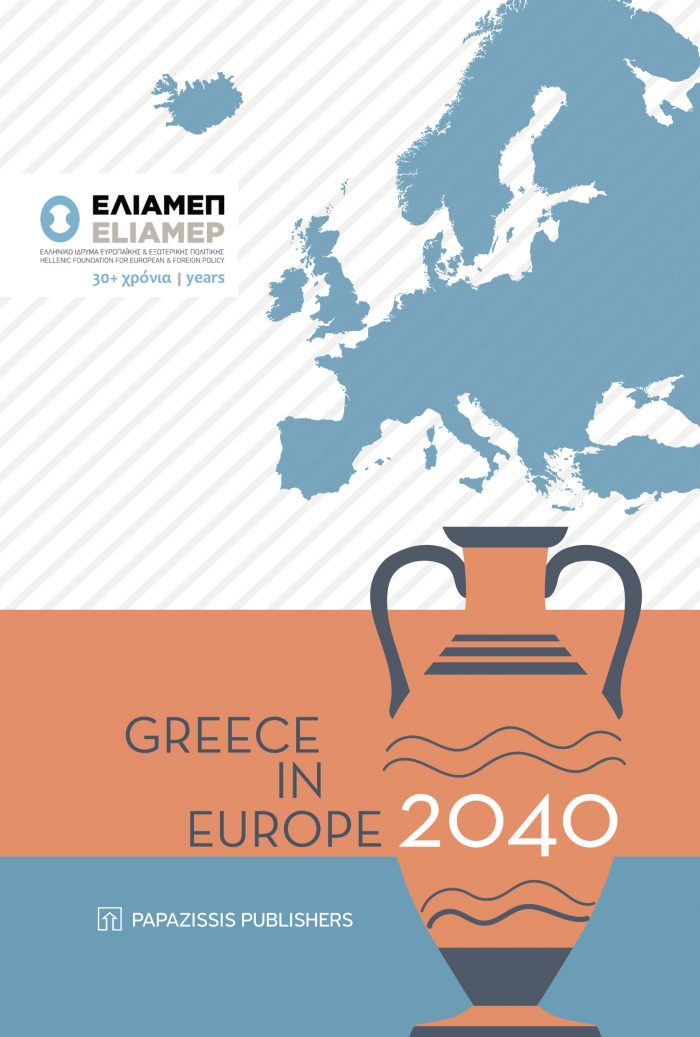 A special bilingual edition (English and Greek) of the report “Greece in Europe 2040” has been recently released by Papazisis publications. It is the product of a working group consisting of Greek experts on European integration who participated in the project in a personal capacity. Their names and affiliations can be found herewith. The report is part of the White Paper on Greece 2040 produced under the auspices of the ‘Greece 2021’ Committee to mark the 200th anniversary of the Greek War of Independence.

Members of the working group