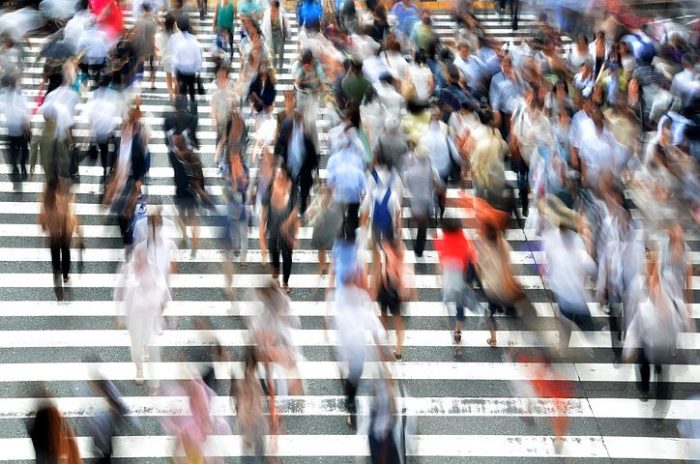 The second joint Greek-Turkish public opinion survey took place during the last ten days of December 2021, with the participation of 1,008 Greek and 2,731 Turkish citizens. It followed on from the first joint poll that took place between 19 and 21 February 2021, with the participation of 1,022 Greek and 1,163 Turkish citizens. A product of the research partnership between diaNEOsis, ELIAMEP and the Istanbul Policy Center (IPC), the survey was organised by two leading polling companies in Greece and Turkey, MRB and KONDA, according to the strictest international standards. The questionnaire was common in both Greece and Turkey, while many of the questions remained the same as the first wave questionnaire, in order to confirm the trends reflected in the first poll, or to indicate the dynamics of possible changes. Conducting simultaneous polls with a common questionnaire aims to help better inform the public of the two countries during this sensitive juncture. Given the deterioration of bilateral relations in recent years, capturing the perceptions of Greek and Turkish public opinion is extremely timely and useful. The research reveals two societies in transition which, despite their different approaches, still prefer the peaceful settlement of their differences and are interested in redefining their relations under the weight of bilateral problems and internal social dynamics.

Data from the Quantitative Survey.

You can find more information about the project and the results here. 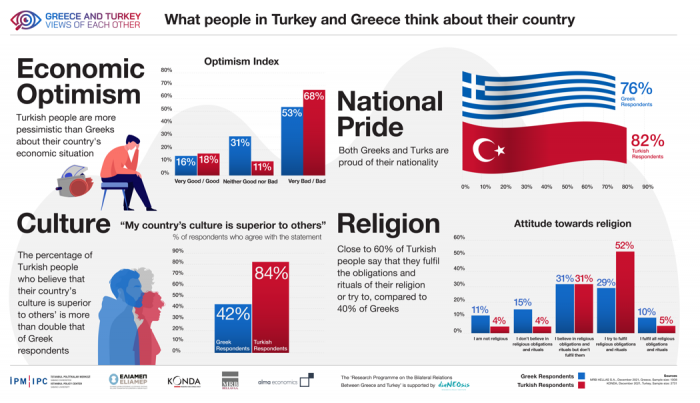 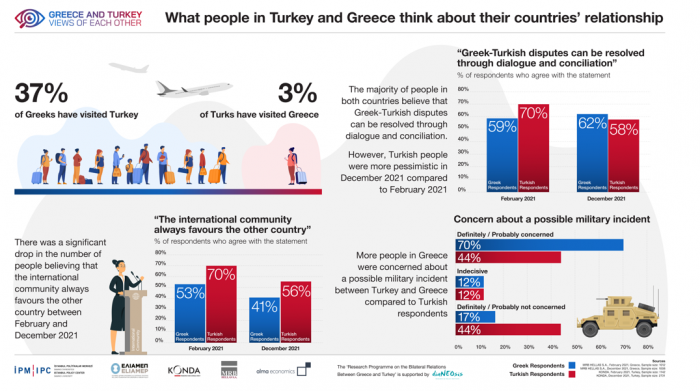